During the 2015 Students’ Union elections, the Laurier student body voted in favour of a student levy that will enable up to 10 students per year from international conflict zones to pursue degrees at Laurier through the International Students Overcoming War Scholarship Fund (ISOW). 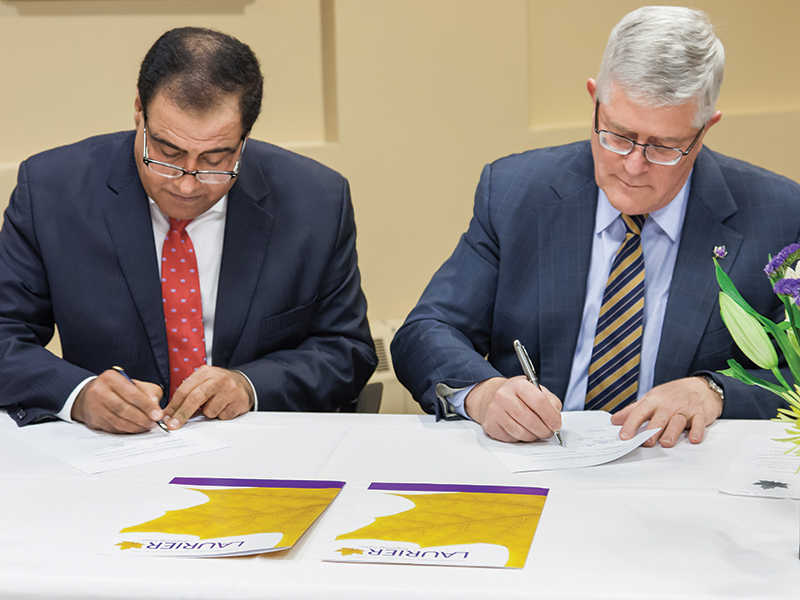 The levy, which represents up to $4 per Laurier student per term, will allow Daughters for Life Laurier to broaden its vision and develop partnerships with other organizations to sponsor those from conflict zones throughout the world.

“The fact that students were willing to donate has secured everything,” said Annie Serez, Daughters for Life Laurier co-president and a Laurier Global Studies student. “The Laurier community will be able to see the results of their donations and meet the students. We will all be enriched by this experience.”

Abuelaish established the Daughters for Life Foundation in memory of three of his daughters, Bessan, 21; Mayar, 15; and Aya, 13, who were killed by an Israeli tank shell during an attack in the Gaza strip in 2009. The foundation is built on the belief that educating young women will build the road to peace in the Middle East. The foundation offers awards and scholarships to young women of any Middle Eastern nationality, background or religion to study in Canada, the U.S. and the United Kingdom.