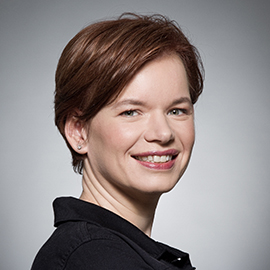 Growing up in a family land surveying business, Shelley Mayer (BBA ’96) always knew she would start her own business, too. Laurier’s co-op program prepared her well for this eventuality, as did her first post-university job at Castek Software, where Mayer witnessed the trials and tribulations of a start-up, as well as what it took to build a high-performing culture.

In 2000 she moved on to Toyota Canada Inc., first as the eBusiness strategy lead, just as the Internet was exploding, and later as brand manager. Mayer managed integrated campaigns, big budgets, hectic production schedules and Toyota’s relationships with two of Canada’s top ad agencies that were working with the company.

“I was sometimes frustrated with gaps in the overall understanding of what being on my side of the table really meant,” said Mayer. “I lived with corporate accountability, executional complexities and a mandate to use every penny wisely.”

She also saw that through the power of advertising and communications, a brand like Toyota had a high degree of influence.

“Of course the primary goal was to sell cars,” said Mayer. “But could it do more? Could it sell cars and change minds about social or environmental issues?”

Mayer struck out on her own and founded Ramp Communications in 2011. Her client roster includes innovative and socially responsible corporations, non-profits and mission-driven organizations.

When she’s not running her business, Mayer can be found experimenting in the kitchen, keeping in touch with fellow Laurier alumni, and spending time with her husband, Christian Mayer (BBA ’96), and their three children.