This spring marks the 10th anniversary of the men's basketball team's last trip to the national championship. 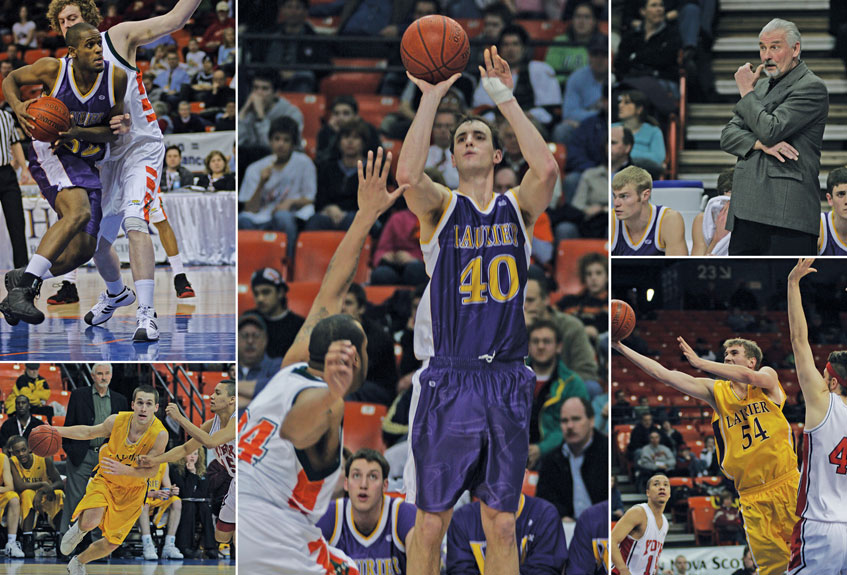 The spring of 2016 marked a pair of milestones for Laurier’s men’s basketball program: the 10-year anniversary of the team’s last trip to the Canadian Interuniversity Sport (CIS) championship and the conclusion of longtime head coach Peter Campbell’s career.

Campbell announced in January that he would be retiring at the end of the 2015-16 season. He leaves Laurier as the university’s all-time leader in wins as a coach. When Campbell arrived to coach the Golden Hawks in 2000, the men’s basketball program had been struggling for more than three decades.

The Golden Hawks won seven provincial championships and one national title between 1963 and 1971, but hadn’t enjoyed much success since. In 2005-06, Campbell’s fifth season at the helm, the team made its return to the CIS finals in Halifax.

Led by veterans like Todd Cooney (BA ’06), Wade Currie (BA ’06) and Andrew MacKay (BBA ’05) and some impressive rookies including Jesse MacDonald (BBA ’09), the Hawks qualified for nationals after making the provincial final four thanks to playoff wins over Guelph and Brock.

At the CIS tournament, the team dropped its opening contest to the Cape Breton Capers, taking them out of contention for the title, but went on to finish the tournament by beating the York Lions 76-65, finishing the season as the country’s ninth-best team.

Do you have a photo of your Laurier days?

Email a high-resolution image to campusmagazine@wlu.ca and it could appear in Flashback.