After a nail-biting fight to the finish line in Quebec City, Laurier alumnus Sam Lambert (BBA '15), pictured in the grey shirt, and his partner Paul Mitskopoulos claimed victory in Season 5 of the CTV television program The Amazing Race Canada.

The reality competition sees teams of two race across Canada and international locations, solving clues and conquering challenges in order to move on to new tasks. In Season 5 of the program, teams raced through four countries, six provinces and 17 cities, covering more than 50,000 kilometres.

"It feels absolutely amazing to have won The Amazing Race Canada," Lambert said following the victory. "Winning it is a whole other level."

Well-known at Laurier, Lambert served as Students' Union president during the 2014/15 academic year.

The couple said appearing on The Amazing Race Canada was a source of pride, especially because they had the opportunity to serve as role models for young gay men.

"We've met so many amazing people and the fact that I got to do this with Paul…We are so thankful," Lambert said.

For their win, Lambert and Mitskopoulos took home $250,000 in cash, a trip for two around the world and two 2018 Chevrolet Equinox True North Edition vehicles. The Season 5 finale of The Amazing Race Canada aired in September. 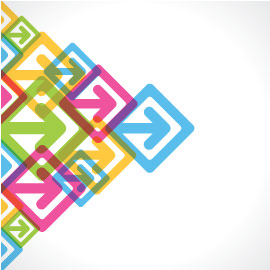 Join the crowd and help fund innovative projects at Laurier.