Following an illustrious career that spanned 15 seasons behind the bench of the Golden Hawks women’s hockey team, head coach Rick Osborne announced his retirement at the conclusion of the 2017-18 season.

“Rick has a coaching record of achievement in women’s hockey that has made a mark on Golden Hawks athletic history,” said Director of Athletics and Recreation Peter Baxter. “He has had a major influence on shaping our department’s reputation that has made Laurier a destination for women’s sport excellence.”

Osborne’s impact was also evident off the ice, with 37 of his players named academic all-Canadians during the course of his coaching career.

Rick Osborne by the numbers: 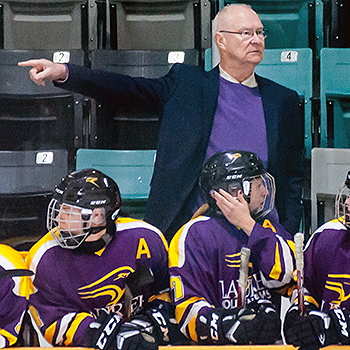 Rick Osborne at work behind the bench during a Golden Hawks women's hockey game.
Share this article: