Award-winning actor, writer and producer John Evans passed away on Sept. 28 following a battle with cancer. On the stage, Evans earned a Dora Mavor Moore Award in the best performance by an actor category for his role as Lee in Sam Shepard's True West and played leading roles in Hamlet, The Taming of the Shrew and many other productions. Evans was also known for his roles in dozens of films and television programs, including Relic Hunter, La Femme Nikita, Due South, Street Legal, E.N.G. and the 1987 feature film The Big Town. He is well-remembered for the passion, vision, kindness and commitment he brought to his work. 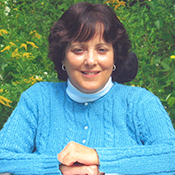 Karen Frances Morris passed away peacefully on July 27. She was 63 years old. Morris is well-remembered at Laurier and in the Kitchener-Waterloo community for her indomitable spirit and willingness to help others. During the summer of 1974, Morris and a friend were hit by a drunk driver, an accident that left her living with quadriplegia. The year following the accident, Morris enrolled at Laurier, eventually graduating with an honours bachelor of arts degree in literature and sociology and a master's degree in social work. Following graduation, Morris worked as a social worker at KW Counselling Services, the Salvation Army Scarborough Grace Hospital and KidsAbility in Waterloo. Morris retired for health reasons in 1998, but continued to fill her time with volunteer and fundraising projects.