Kheyrollah Pour, an expert in using satellite observations and field data to study cold regions hydrology, joined Laurier on July 1. She will serve as Canada Research Chair in Remote Sensing of Environmental Change and assistant professor in the Department of Geography and Environmental Studies.

Hideg is an associate professor of organizational behaviour and human resource management at Laurier’s Lazaridis School of Business and Economics and an award-winning researcher of gender, diversity and equity in the workplace. She has been named Canada Research Chair in Organizational Leadership.

Shkilko, an associate professor of finance at the Lazaridis School, was first named Canada Research Chair in Financial Markets in 2014. He is an expert on stock exchanges, particularly on factors that may affect their stability and efficiency, such as computerized high-frequency trading.

ys, a member of the Kinesiology and Physical Education and Psychology departments, concluded his second term as Canada Research Chair in Group Dynamics and Physical Activity in June. His research focuses on understanding how group and social dynamics influence involvement in physical activity.

Quinton, in the Department of Geography and Environmental Studies, held a Canada Research Chair in Cold Regions Hydrology from 2005 to 2015. His research at the time centred on understanding how climate change affects hydrological processes in cold regions and now focuses on permafrost thaw, particularly in the Dehcho Region of the Northwest Territories.

Wilson, a member of the Department of Psychology, held a Canada Research Chair in Social Psychology from 2007 to 2017. Her research focuses on identity, motivation and goal pursuit over time. She has applied her work to topics ranging from personal motivation to societal memories and goals.

Judy Da Silva, an Indigenous rights advocate and environmentalist, and Ira Gluskin, a business leader and philanthropist, were presented honorary degrees, while the board of the Grand Valley Educational Society – instrumental in establishing Laurier’s Brantford campus – was presented the Order of Wilfrid Laurier University.

Six convocation ceremonies were held in Waterloo and one in Brantford between Oct. 25 and Oct. 29.

Former Laurier president Max Blouw has been appointed president of the Research Universities’ Council of British Columbia. The council represents the interests of B.C.’s research universities.

Laurier has appointed Anthony Clarke dean of the Faculty of Science for a five-year term. Clarke was most recently a professor in the Department of Molecular and Cellular Biology at the University of Guelph. He held a number of administrative roles at Guelph, including assistant vice-president of graduate studies and program quality assurance, interim associate vice-president: academic, associate vice-president of research services, and interim dean of the College of Biological Science.

Global security expert and political scientist Ann Fitz-Gerald has been appointed director of the Balsillie School of International Affairs. Fitz-Gerald was previously a professor in Cranfield University’s School of Defence and Security at the Defence Academy of the United Kingdom.

Vladimir Kitaev, a nanoparticle researcher in Laurier’s Department of Chemistry and Biochemistry, was named University Research Professor for 2019-2020. The one-year internal award recognizes excellence and leadership in research. Kitaev’s research on particles smaller than 100 nanometres – one nanometre is one billionth of a metre – has applications in spectroscopy, optics, environmental remediation, medical sensing and diagnostics.

Laurier has appointed Kate McCrae Bristol dean of students at the Waterloo campus. McCrae Bristol most recently served as manager, student experience at the University of Waterloo. Her past experience also includes serving as an assistant coach of women’s basketball at Yale University and national sports program manager for Special Olympics Canada.

Kristiina Montero has been appointed Laurier's acting associate vice-president: teaching and learning. Montero previously served as associate dean and graduate program coordinator in the Faculty of Education. Since joining Laurier in 2009, she has been engaged in course and program development, including leading the creation of the student affairs field in the Master of Education program.

Heidi Northwood has been appointed senior executive officer of Laurier’s Brantford campus. Northwood had served in the role on an interim basis since April 2018. 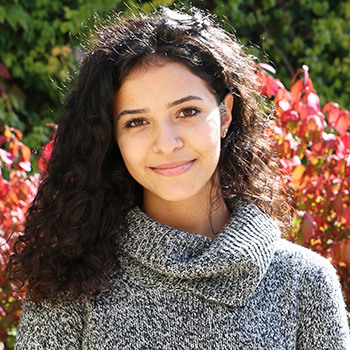 'Donors to Laurier have more impact on students’ lives than they will ever know.'