Former men’s football head coach Gary Jeffries was inducted in the builders category, while the 2008 men’s and women’s soccer teams were inducted in the team category. Both teams captured OUA championships.

A dinner and induction ceremony took take place as part of Laurier’s Waterloo campus Homecoming. Read more about the inductees at laurierathletics.com.

Men’s basketball guard Ali Sow and women’s swimmer Jasmine Raines were named the recipients of the 2018-2019 President’s Award at the Department of Athletics and Recreation's annual athletic banquet.

The President’s Award – one of 11 major awards presented during the banquet – is presented annually to a male and a female athlete for outstanding athletic performance. 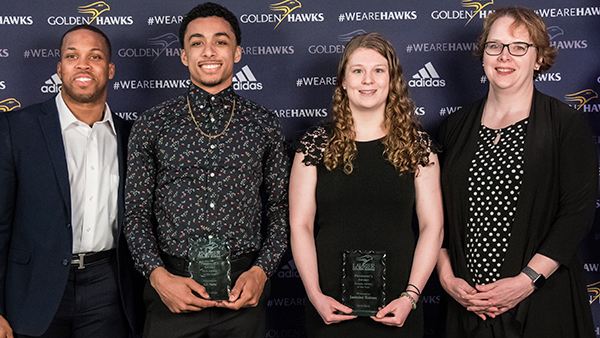 Sow produced one of the best seasons in Laurier men’s basketball history last season, averaging 26.6 points per game to set a new OUA and Laurier single-season scoring record with 639 points.

Raines won a second consecutive U Sports bronze medal in the 200m breaststroke, becoming the first Laurier athlete in 14 years to win back-to-back medals at the national swimming championships. 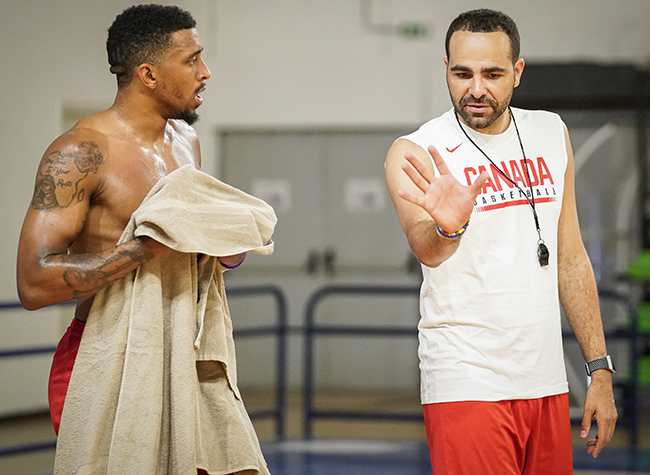 Men's basketball guard Ali Sow was selected as a member of the Canadian team, while Laurier head basketball coach Justin Serresse served as Canada's basketball team leader. Sow appeared in five of Canada's six games during the tournament, averaging 11.6 minutes, six points and 2.2 rebounds per game. The Canadian team finished in sixth place with a 4-2 record.

Laurier athletic therapist Jen Childs joined Team Canada as a member of the medical staff supporting women's volleyball. Childs, a member of Laurier's Athletics and Recreation department since 2003, has travelled the world working with high-performance athletes.

The Summer Universiade is a multi-sport competition featuring athletes from universities around the globe. Canada's delegation totalled more than 300, including student athletes, coaches, staff and medical personnel. In total, the games featured more than 9,300 athletes from 128 countries.

Less than a year after playing his final game for the Golden Hawks, Laurier men’s rugby alumnus Andrew Quattrin was a part of Canada’s entry at the 2019 Rugby World Cup, played in Japan from September through early November.

“Andrew set his sights on this goal three years ago and put in all the hard work required to get there,” said Ian McLean, Quattrin’s coach for his five years with the Golden Hawks. “He is the type of individual who, once he sets his mind on something, will not allow himself to be denied.”

During his time at Laurier, Quattrin was a four-time OUA all-star, the 2017 conference most valuable player and helped the Golden Hawks win an OUA Bronze medal in 2018. 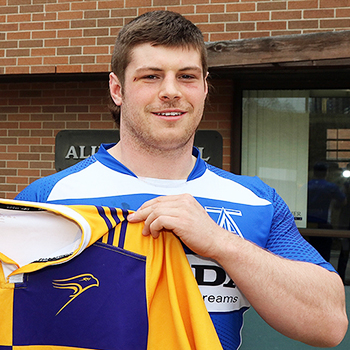 Tyson MacDonald returned to the Golden Hawks swim team with new international experience and three medals from the Para Pan Am Games, held in Lima, Peru during August.

He opened the games by winning bronze in the 200-metre freestyle on the first night of competition, before going on to add a silver in the 200-metre individual medley and gold in the 100-metre backstroke.

Four players from the Golden Hawks men’s football program were selected in the 2019 Canadian Football League draft, the most players selected in a single draft year since four were taken in 2004.

Defensive lineman Robbie Smith was selected ninth overall by the Toronto Argonauts. The two-time OUA all-star led the Golden Hawks in sacks during the 2018 season and recorded 20.5 total tackles.

Joining Smith in Toronto is Kurleigh Gittens Jr., selected in the third round and 23rd overall. The fourth-year receiver had a record season with Laurier in 2018, leading the conference in receptions with 64 and setting an OUA record for career receptions at 206.

Defensive back Scott Hutter was selected in the sixth round by the Edmonton Eskimos. The 2018 OUA second team all-star was tied for fifth in the OUA for pass breakups with six and recorded a career-best 32.5 tackles.

Fullback Mario Villamizar was selected in the sixth round by the B.C. Lions. Villamizar played a key role for the Hawks in 2018 and earned OUA second team all-star recognition. 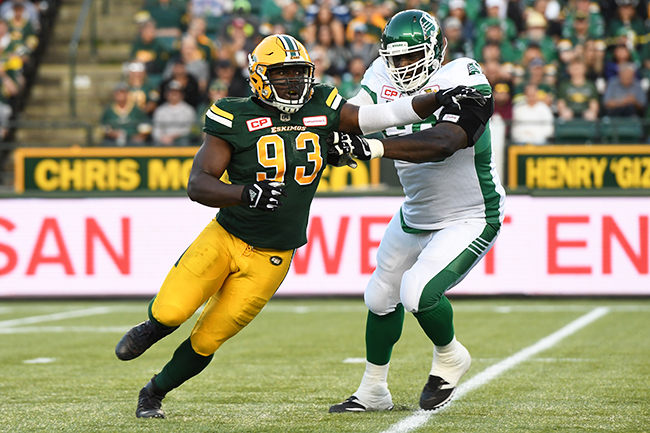 Robbie Smith and Kurleigh Gittens Jr. joined Nakas Onyeka and Ronnie Pfeffer on the list of former Laurier players who suited up for the Toronto Argonauts.

Photo at top: The 2008 men’s and women’s soccer teams were inducted into the Golden Hawk Hall of Fame during Homecoming weekend.