Laurier’s Waterloo campus has been officially designated a “Bee Campus” by Bee City Canada. Laurier is the ninth post-secondary campus in Canada and the first in Waterloo Region to be recognized for a dedicated commitment to helping protect and support pollinators.

Insect populations are declining around the globe, a significant concern considering about 90 per cent of flowering plants on Earth depend on insect pollination. Threats to wild bees, which provide important pollination services, include habitat loss, pesticide exposure and climate change. 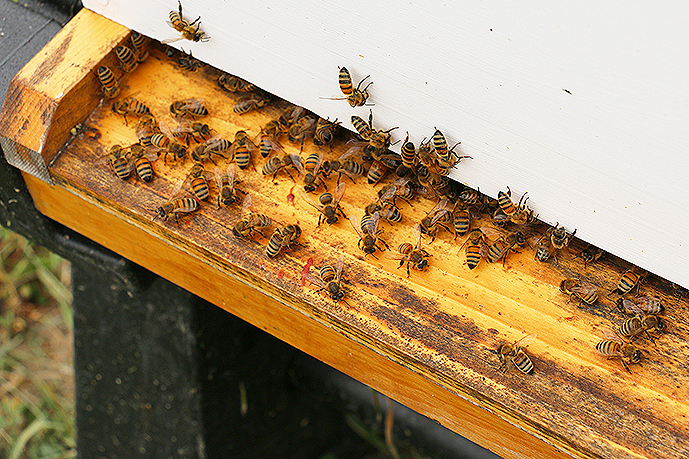 Laurier is the first post-secondary campus in Waterloo Region to earn a “Bee Campus” designation from Bee City Canada.

Laurier has been a friend to bees dating to its introduction of on-campus honeybee colonies in 2017. The university’s latest efforts – prioritized in its Sustainability Action Plan – focus on planting pollinator-friendly plants and habitat to support wild bee populations, particularly those considered vulnerable or at risk.

“The decision to focus on supporting native bees is based on current research that shows this is where efforts should be centred from a conservation perspective,” said Jennifer Marshman, PhD candidate in Laurier’s Department of Geography and Environmental Studies and a key participant in Laurier’s bid to become a Bee Campus.