As a political science professor and Laurier’s go-to expert on Canadian and U.S. politics, Barry Kay absorbed as much news as he could, as often as he could.

“During elections, the radio stations would start calling at 7 a.m. to see if they could book him. Sometimes he’d do interviews in bed. He didn’t have to prepare anything – he just knew it.”

Kay passed away on Dec. 13 soon after doctors discovered he was battling cancer. He was 73.

After learning he was gravely ill, Kay maintained his sense of humour, asking doctors to keep him alive long enough to learn the result of U.S. President Donald Trump's impeachment trial. He kept going as a professor, too, delivering his end-of-term lecture to a second-year political science class not long before his death, though he spoke sitting down. In the hospital, Kay continued marking papers, ignoring the intravenous lines attached to his arms. 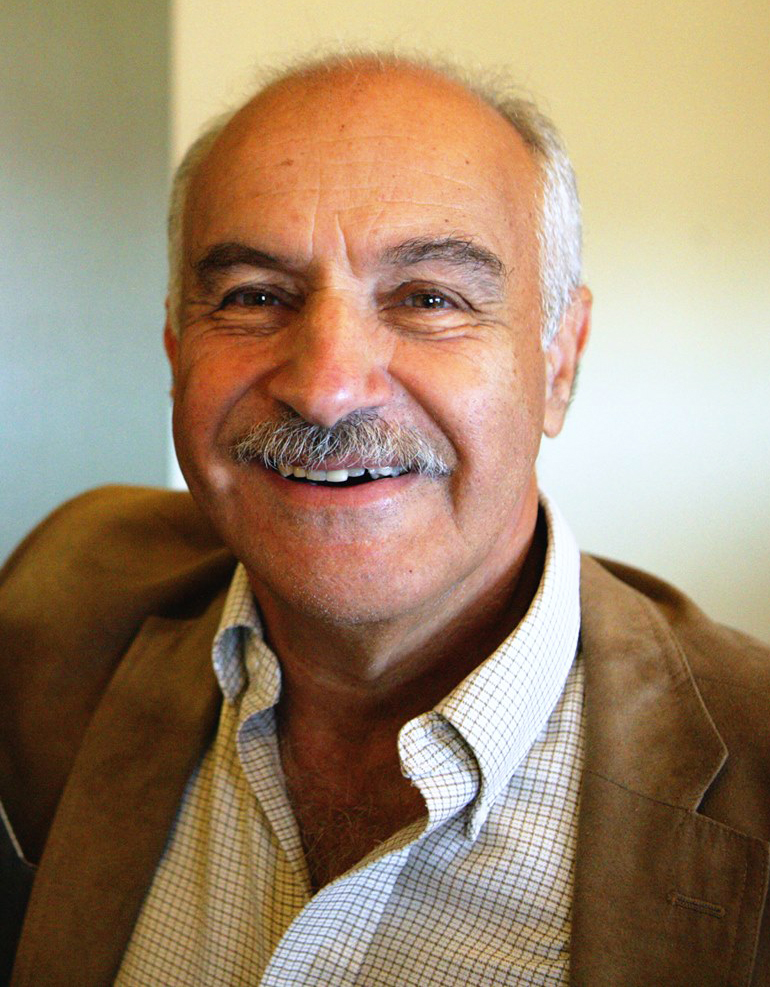 During more than four decades at Laurier, Barry Kay developed a reputation as a passionate political scientist who engaged students through captivating, anecdote-filled lectures.

Kay joined Laurier in 1978 after holding teaching positions at the University of Saskatchewan and the University of Windsor. During his more than 40 years at Laurier, he developed a reputation as a passionate political scientist who delivered captivating, anecdote-filled lectures. He was also well known on campus for his leather jackets, love of trivia and ever-growing collection of bobblehead dolls in the likeness of U.S. presidents.

“He had an encyclopedic knowledge of American politics and was serious in his analysis, but he also made it fun,” said Patti Goff, chair of Laurier’s Department of Political Science. “He used to say that following American politics is like watching theatre.”

Barry Kay's well known collection of bobblehead dolls was a source of facination for those who visited his office.

Kay’s lectures contained an element of theatre, too. He knew he had to do more than simply present information, he had to make it interesting. So Kay would stay up late into the evening thinking of ways to illustrate a point he wanted to make, sharing ideas for anecdotes and metaphors with Leventhal.

“Dr. Kay’s lectures were legendary,” said Simpson. “Throughout my undergraduate degree, I took every course Dr. Kay offered, including courses in American politics, public policy and electoral behaviour. And I was lucky enough to be in his American politics course during primary season.”

Simpson went on to earn his master’s degree under Kay. He also credits his former professor for helping him land a job at Ipsos, where another of Kay’s former students, Darrell Bricker, currently CEO of the polling firm, had already started working.

"He had an encyclopedic knowledge of American politics and was serious in his analysis, but he also made it fun."

Over the years, Kay wrote hundreds of editorials for news media including the Waterloo Region Record, Global News and the Ottawa Citizen. He was widely recognized as being knowledgeable and authoritative, but also concise and down to earth. That combination made him popular as a source for journalists at media outlets including Toronto Star, Ottawa Citizen, New York Times, Global, CBC and CTV.

“When you’re in radio, you’re looking for someone who can not only provide really credible information, but someone who’s fun to listen to,” said Scott Thompson, host of the CHML 900 radio program The Scott Thompson Show, which regularly featured Kay discussing Canadian and U.S. politics.

“Barry understood it was about the presentation as well as the information. He was very good at translating knowledge for the average listener.”

Kay was a particularly valuable source for journalists leading up to federal and provincial elections. During the late 2000s, he developed a unique way of projecting the number of seats each political party would win.

Kay did this by collecting data from public opinion polls and examining the differences in seat counts between current and prior elections. His seat projections were published by the Laurier Institute for the Study of Public Opinion and Policy, which Kay founded with Steven Brown, professor emeritus in the Department of Political Science. 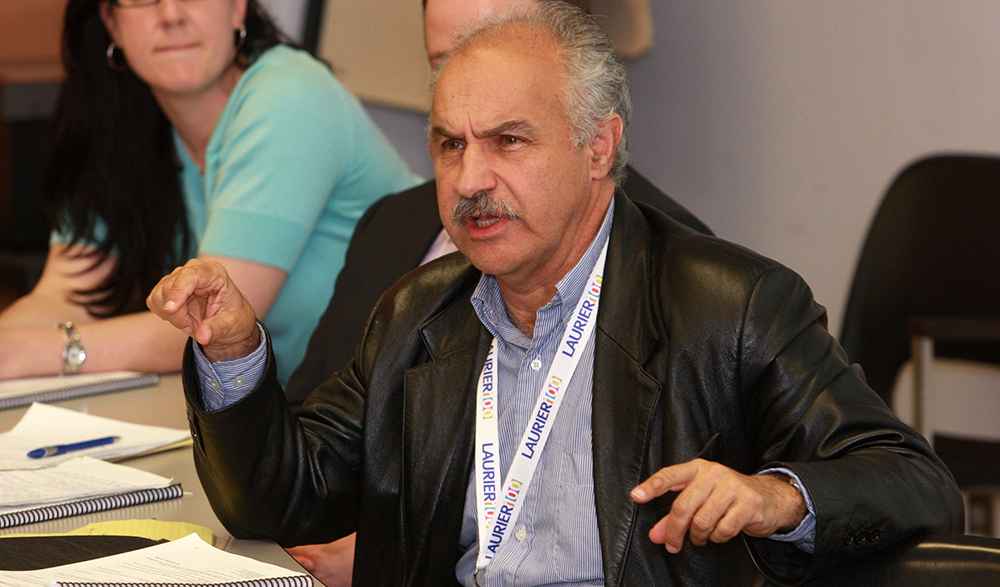 A respected voice in the media, Barry Kay provided live on-air analysis and commentary for 12 federal, provincial and municipal elections.

Kay was also a regular on Global TV during election time, providing live on-air analysis and commentary for 12 federal, provincial and municipal elections since 2004. He brought students to the studio with him each time to collect and analyze results as they came in.

During his final days, Kay set up two scholarships. One is in memory of his parents for their love and support. The other is in honour of Sherry Palmer, administrative assistant in the Department of Political Science, for her role in building connections between faculty and staff and making the department a warm, friendly place to work.

"I was overwhelmed by Barry's generosity... He transformed us from colleagues into family.”

“Sherry was the heart and soul of the department,” Leventhal recalls Kay saying as they assembled the scholarship information.

Kay also helped bring faculty members together. He would take new hires out for dinner, invite everyone to his home for barbecues and arrange trips to Toronto to see the Blue Jays (Kay knew baseball stats as well as polling data). On election nights, Kay and Leventhal’s den was packed with political science professors and students eagerly awaiting results to come in.

Since Kay’s passing, Leventhal has been working to establish a third scholarship, the Barry Kay Scholarship. All three scholarships will support undergraduate political science students.

"I was overwhelmed by Barry's generosity,” said Palmer, who learned about the scholarship in her name while Kay was in hospital. “Barry hired me and was a major factor in my decision to stay in Political Science for 30 years. He transformed us from colleagues into family. He was a dear, dear friend to us all.”