When Kelsey Matthews decided to pursue her PhD in Management, she knew immediately that Wilfrid Laurier University was the school for her. Having completed her undergraduate degree at Laurier’s Lazaridis School of Business and Economics, she wanted to return after several years in the accounting workforce to be mentored by leading experts in her field.

“I came because I knew that I wanted to work with my advisors and I am so happy that I did,” says Matthews. “People say it all the time, but there really is such a strong sense of community here. Getting your PhD is a long, isolating process and it is so important to be at a school where there is support and other researchers who want to help you.”

Douglas Deutschman, associate vice-president and dean of Laurier’s Faculty of Graduate and Postdoctoral Studies, says the faculty is proud to foster a supportive academic environment.

“Our intimate graduate school experience has grown a rich research culture that enables our graduate students to thrive as researchers and innovators of tomorrow,” says Deutschman.

Laurier’s graduate student population has grown by nearly 50 per cent over the past four years. Across Laurier’s nine faculties and 23 research centres and institutes, more than 2,000 graduate students are tackling complex societal challenges through their research. 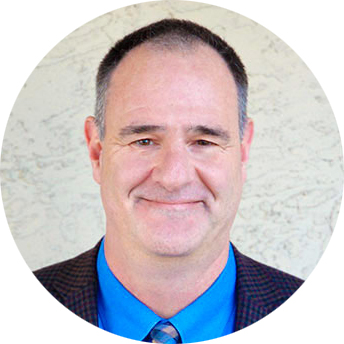 “Our intimate graduate school experience has grown a rich research culture that enables our graduate students to thrive as researchers and innovators of tomorrow.” 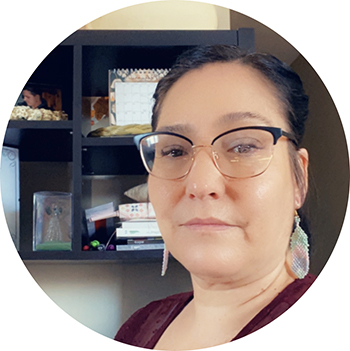 Addressing the roots of systemic racism

Throughout her studies and time spent working with the Jordan’s Principle campaign, which ensures Indigenous children have equal access to government-funded services, Nicole Augustine (MSW ’21) has learned that it is critical to examine the root causes of systemic issues facing Indigenous peoples in Canada.

While completing her Master of Social Work degree in Laurier’s Indigenous Field of Study Program, Augustine’s research focused on the Doctrine of Discovery, a series of formal statements by the pope in the 1400s that aimed to legally justify the colonization of Indigenous lands.

“When colonizers came to our country, they forcefully took over the land and defended their actions by saying that Indigenous people were savages and they weren't able to make decisions for themselves,” says Augustine. “What I’ve gathered through my research is that ongoing issues, such as the overrepresentation of Indigenous children in the child welfare system, seem to originate from the Doctrine of Discovery and how it’s been interpreted into modern law and court systems. It's so engrained that it's not even noticeable anymore.”

Augustine is applying her research findings by helping a First Nation community in New Brunswick draft child welfare policies as the community seeks to self-govern its child protection cases.

“Prior to colonization, Indigenous peoples had their own child welfare practices,” says Augustine. “Kinship and customary roles played important parts, which contradicts the Doctrine of Discovery.”

Si Chen (MSc ’20) began studying the aggregate loss model, which measures the loss severity and frequency of all random losses during a time period, in the context of risk assessments for insurance claims. His research helps prevent bias when companies are calculating the value of a claimant’s minimum loss.

“One of my PhD supervisors, Dr. David Soave, is partnering with the Ontario Institute for Cancer Research and realized that my work has applications in genomics,” says Chen. 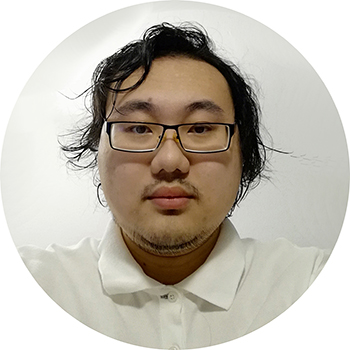 The research team will track how particular genes express themselves over time and how that corresponds to eventual cancer outcomes. Developing predictive models can lead to improved screening and treatment for patients, as well as aid in drug discovery.

Whether in finance or biostatistics, Chen is excited that “the possibilities are endless” for applying his research. 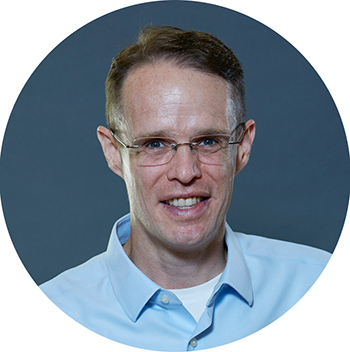 The Laurier Autism Research Consortium (LARC), founded by Associate Professor Janet McLaughlin and Associate Professor Margaret Schneider, is a passionate group of researchers working to improve quality of life for people living with autism and their families.

While completing a postdoctoral fellowship at Autism Ontario, Stephen Gentles collaborated with McLaughlin and Schneider and was impressed by their demonstrated ability to conduct community-based research and form working relationships with relevant provincial ministries.

He decided LARC would be an ideal environment to continue his research program, which aims to develop knowledge and tools to support caregivers of autistic children.

In partnership with Autism Ontario, LARC recently completed a province-wide survey that asked caregivers about their ability to access and navigate autism-related services. The next step is for Gentles and his research team to conduct follow-up interviews with 20 participants from traditionally underserved subgroups, including new immigrant, refugee and Indigenous families. The results will be shared with the provincial government.

“Parents of children with autism have acute needs as it is, but it’s quite remarkable how high the needs are in some communities,” says Gentles, who earned a PhD in Health Research Methodology from McMaster University. “I have learned that, from a parent’s perspective, there is so much they have to learn in order to navigate the system and obtain care for their child. Autism truly affects the whole family.”

Nelson Graham sees entrepreneurship as a win-win career path for international students and the Canadian municipalities that welcome them.

“The students graduate and not only are they employing themselves, but they are also creating jobs, often in sectors that the government has identified as economic priorities,” says Graham, who is pursuing his PhD in Global Governance at the Balsillie School of International Affairs through Laurier. 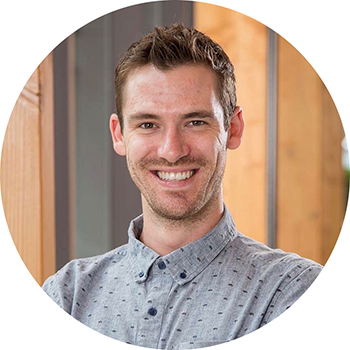 Graham’s research focuses on the opportunities and barriers that immigrant entrepreneurs face in small to medium-sized Canadian cities. Most previous studies have focused on core cities such as Vancouver and Montreal, so Graham wants to identify best practices for “non-core” cities seeking to attract and retain skilled immigrants.

In his initial case study of St. John’s, Nfld., Graham discovered that universities play a critical role in supporting and integrating international students.

“The students I spoke with were well supported in their everyday needs such as learning new languages and social networking, and in addition the universities had incubators and programs training these individuals to become entrepreneurs,” says Graham. “Essentially what I’m doing now is trying to understand the role of higher education in the facilitation of immigrant entrepreneurship.”

Graham’s next case studies will examine Victoria, B.C. and Kitchener-Waterloo and he hopes to develop best practices to guide national immigration policy. He is looking forward to speaking to international students in both cities to learn more about their personal experiences.

“At the end of the day, there are human beings on the other end of these policies so we must ensure that we are meeting their needs.” 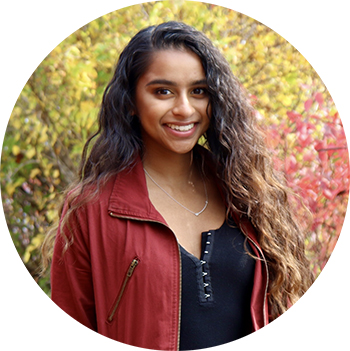 The impact of ethnic diversity on sports team cohesion

Throughout her childhood and adolescence, Vanessa Karim (BKin ’20) played a multitude of sports. But when a car accident during her late teens prevented her from pursuing varsity soccer, Karim turned her attention from the physical aspects of team sports to the social and mental.

“I found as I progressed through my soccer career that it was hard for me to fit in because I was usually the only person of colour on the teams that I played with,” says Karim.

While completing her undergraduate degree in Kinesiology at Laurier, Karim was introduced to the Group Dynamics and Physical Activity Laboratory, a research group led by Professor Mark Eys. She was inspired to pursue her master’s degree and build on the work of Michael Godfrey (PhD ’20), a former PhD researcher who examined how cultural diversity influences cohesion on sports teams.

For her master’s thesis, Karim is exploring how the individual experiences of intercollegiate athletes are impacted by ethnic differences. While most previous research has defined the diversity of a team at the group level, Karim knows from experience that diversity is felt on an individual level in relation to teammates. She points to Jeremy Lin, the only Asian player on the 2019 Toronto Raptors roster, as an example of a minority within a very diverse team.

“By reflecting on my own experience, I hope to help educate coaches on the experiences of their athletes and facilitate inclusive spaces for all.”

Early in the COVID-19 pandemic, many businesses attempted to reduce costs and limit layoffs by offering employees the chance to accept a temporary reduction in their pay. Kelsey Matthews (BBA ’15) surveyed accounting professionals to see how they responded to this conflicting opportunity.

“There was a wide variety of responses, with some people considering how it affected their promotion prospects and others looking at the situation more altruistically and how their decision would affect their teammates, their manager and the firm,” says Matthews. 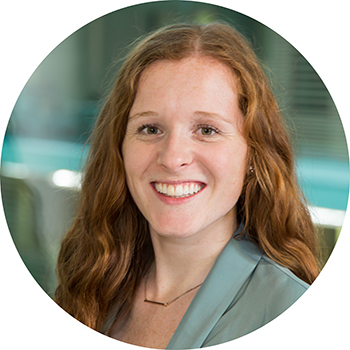 For her doctoral dissertation, Matthews is widening the scope of her research to learn what influences an employee’s decision to accept a voluntary pay cut and how this practice impacts employee productivity and morale.

“I want to help employers make the best decision that they can if they find themselves in a position where they need to reduce costs,” says Matthews. “For any organization to be successful, it needs employees that want to be there and work hard and have positive attitudes. I hope my research can provide some insights on the best way to treat employees in order to minimize the negative impacts of a difficult time.”