Inspired by the memory of her brother, Samuel, Laurier alumna Lee Anna Osei continues giving back through the Black Canadian Coaches Association 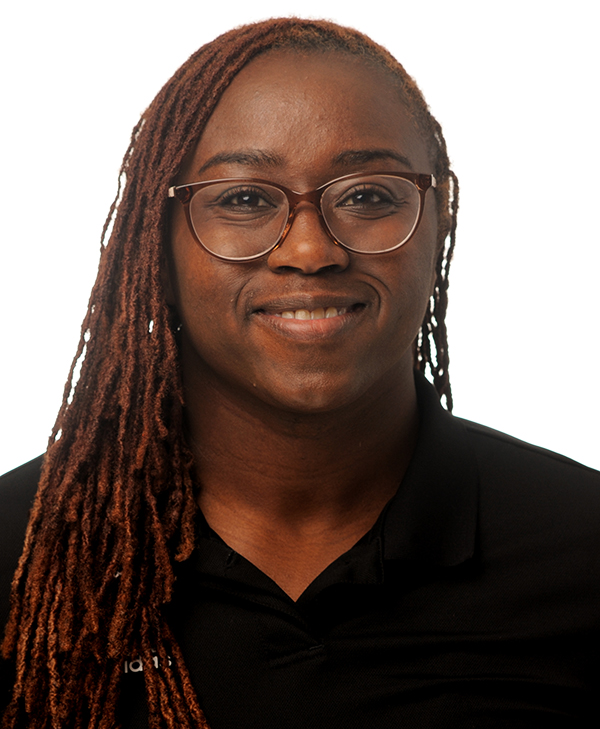 Lee Anna Osei arrived at Laurier weeks after her brother, Samuel, passed away in August 2012. She had spent the past year at home, working odd jobs and overnight factory shifts during the week to help pay bills. On weekends, she volunteered training and coaching athletes, in addition to starting an organization focused on women in sports.

A year prior, Osei (MA ’16, BA ’15) had been forced to give up her studies in the United States in order to support her family. She had been playing NCAA basketball at the junior college level at Trinity Valley Community College in Texas and, prior to that, at the Division 1 level at the University of Miami.

It was Samuel who encouraged Osei to apply to Laurier, where he had studied business and accounting, graduating at the top of his class in 2010. After one of Osei’s overnight shifts, Samuel arranged for her to meet his mentor, Assistant Professor Laura Allan in the Lazaridis School of Business and Economics, who helped answer Osei’s questions and start the application process.

When Samuel died, the Laurier women’s basketball team drove to Toronto to attend his funeral, even before Osei had committed to playing with the Golden Hawks. She says the warmth and generosity she received from Allan and her future teammates was such a change from her experiences at other schools it convinced her to study at Laurier.

“I knew that my team at Laurier cared about me more than just for what I could do on the basketball court,” says Osei. “At that point, I had played a lot of high-performance basketball, but I also wanted to excel academically. Laurier was the best of both worlds. I was supported academically and I loved the basketball. The team was so easy to like and Coach Paul Falco was the best and always willing to help.”

Shortly after Samuel’s funeral, Osei’s family, who had been financially dependent on her brother’s career in accounting, declared bankruptcy and lost their home. Her mother and sister eventually found places to live and Osei, a first-year student at Laurier, found a room to rent in Kitchener with help from Falco.

Grieving her brother and managing her family’s financial difficulties added a great deal of stress during her first semester, but Osei says she felt supported at Laurier and was glad to be able to play basketball again.

“It felt great to be back on the court officially,” she says. “I had been doing a lot of training and coaching, but just being able to lace up as a player, it definitely gave me the distraction I needed.”

“I knew that my team at Laurier cared about me more than just for what I could do on the basketball court.”

Soon enough, Osei was making a name for herself, both on and off the court. She was named a U Sports Academic All-Canadian three years in a row and an Ontario University Athletics second team all-star. She also won the OUA’s women’s basketball Joy Bellinger Award, Laurier’s Luke Fusco Academic Athletic Achievement Award and the Outstanding Women of Laurier Award. Osei also excelled in the classroom and was named a two-time recipient of the Vasha Award, presented based on academic achievement in History courses and contributions to Laurier’s History program.

Osei earned her Bachelor of Arts at Laurier in 2015, majoring in History and minoring in English. She made the dean’s list three out of four years. After earning her undergraduate degree, Osei went on to complete her master’s in History at Laurier, focusing her major research project on Laurier’s student newspaper from 1930 to 1950, when the school was known as Waterloo College of Arts.

Osei didn’t just dedicate her time at Laurier to studying and sports. She also worked to cement the establishment of Canletes, a volunteer-based not-for-profit organization dedicated to encouraging, engaging and empowering women and girls in sports across Canada. Osei founded Canletes in 2012, the year she returned home from the United States, starting with a $100 donation from Samuel. Since then, the organization has helped hundreds of women and girls across the country launch their athletic careers through recruitment consulting, strength and fitness training, events, mentorship and networking. 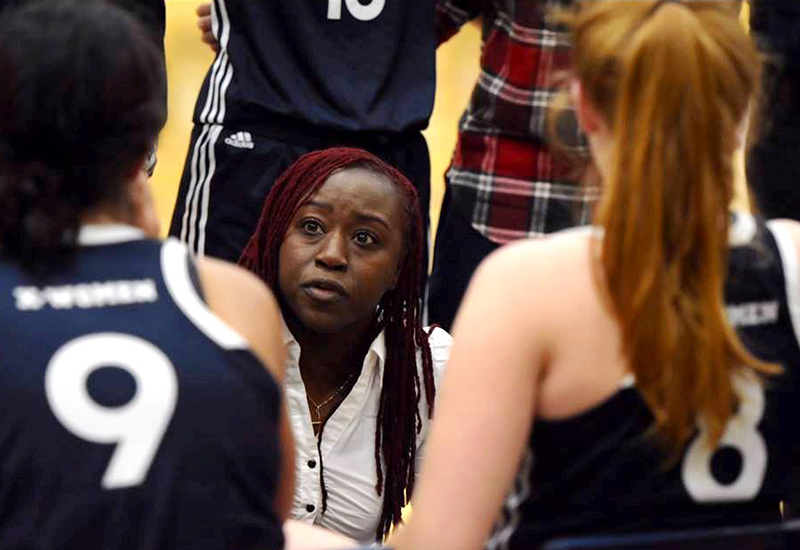 Osei also made time to volunteer as a coach and mentor to young basketball players in the community. Since just after finishing high school in 2009, she has volunteered with Grassroots Canada Elite Basketball, which provides resources, guidance and training to disadvantaged youth in the Greater Toronto Area. Growing up in poverty in the Jane and Finch neighbourhood of Toronto, Osei says sport felt like an anchor in her life.

Through volunteerism, she helped encourage youth in difficult circumstances to focus on sports.

After graduation from Laurier, Osei went on to become a coach at the provincial level for youth teams, a basketball skills trainer for Ultimate Hoops, and the head coach of women’s basketball at The Rise Centre Academy, a high-performance preparatory school based in Brantford, where she led her team to the championship game in 2017 and was named prep school coach of the year.

Last summer, Osei watched protests unfold in the United States and around the world in response to anti-Black racism and police brutality. George Floyd, who died in Minneapolis, Minnesota after a police officer knelt on his neck for nearly nine minutes, was killed the day before what would have been her brother Samuel’s birthday. Ahmaud Arbery, who was shot by police in Georgia while jogging, died on her birthday.

Osei wanted to make a difference, so shortly after Floyd’s death she founded the Black Canadian Coaches Association, the first organization of its kind in Canada. She was inspired by the original Black Coaches Association, created in 1988 by trailblazing Black NCAA coaches including John Thompson Jr. and John Cheney.

“I grew up around people from different ethnicities who were superheroes to me but didn’t get the credit they deserved,” says Osei. “I thought, how cool would it be if we could create our own platform and work alongside our allies to celebrate people of colour and disrupt some of the stereotypes that exist?”

“I grew up around people from different ethnicities who were superheroes to me but didn’t get the credit they deserved.”

Throughout her career, Osei has heard from Black coaches about the discrimination they’ve experienced, a reality she says she shares, having faced both gender and racial discrimination. Having a space to talk about racism among those who understand and have faced the same challenges has been a major benefit of the association.

The Black Canadian Coaches Association aims to celebrate, empower and advocate for Black Canadians in the sports industry through three objectives: celebration, advocacy through allyship and networking. To date, the association has created formal mentorship programs and hosted events centred on education and raising awareness. The organization has also launched The Racial Equity Project, a call for U Sports and Canadian Collegiate Athletic Association athletic departments to collect race-based data in order to validate Black athletes’ experiences and create an evidence-informed approach to deconstructing oppressive and discriminatory practices and policies.

Ontario University Athletics has already taken up the call, launching an anti-racism project through its member institutions to target the outcomes put forward by the Black Canadian Coaches Association.

Visit campusmagazine.wlu.ca to read articles from the print edition of Laurier Campus and new stories between print editions.

The Racial Equity Project’s calls to action include creating equity committees to offer support and services to racialized minorities participating in U Sports and Canadian Collegiate Athletic Association conferences; implementing anti-racist training for those working with racialized minorities in sports, along with policies to ensure accountability; making hiring committees racially diverse; supporting the appointment of racialized people to leadership positions; and committing to providing financial assistance to racialized and other underrepresented students.

Osei says she loves helping others reach their goals through her work as a coach. That drive, along with her passion for equity in sports, pushes her advocacy work and volunteerism.

“I see myself as a servant leader,” says Osei. “When I was younger, I had a lot of coaches who helped me and that made me really want to get into coaching. It’s the approach I take with my athletes, but also young men and women in the community. I’m a faith-based person, too, so I ask myself, ‘How can I help others during my time here?’”