When Associate Professor Christina Han moved from Toronto to join the faculty at Wilfrid Laurier University’s Brantford campus in 2013, she was surprised to learn the city used to be one of the most multicultural in Canada.

Located on the Haldimand Tract, traditional territory of the Neutral, Anishinabe and Haudenosaunee peoples, Brantford became an industrial hub during the late 19th century and was home to immigrants from all walks of life. As industries shifted and factories closed in the mid-20th century, many immigrant families migrated to larger cities like Toronto and Hamilton.

A cultural historian and curator, Han is directing her research efforts toward unearthing and preserving Brantford’s diverse immigrant history. She recently received funding from the Social Sciences and Humanities Research Council of Canada to analyze, compare and present the spatial histories of Brantford’s Armenian, Italian and Chinese communities between 1900 and 1920.

Han will create a deep map, a digital, interactive representation of the city, to bring archival data and personal narratives to life. 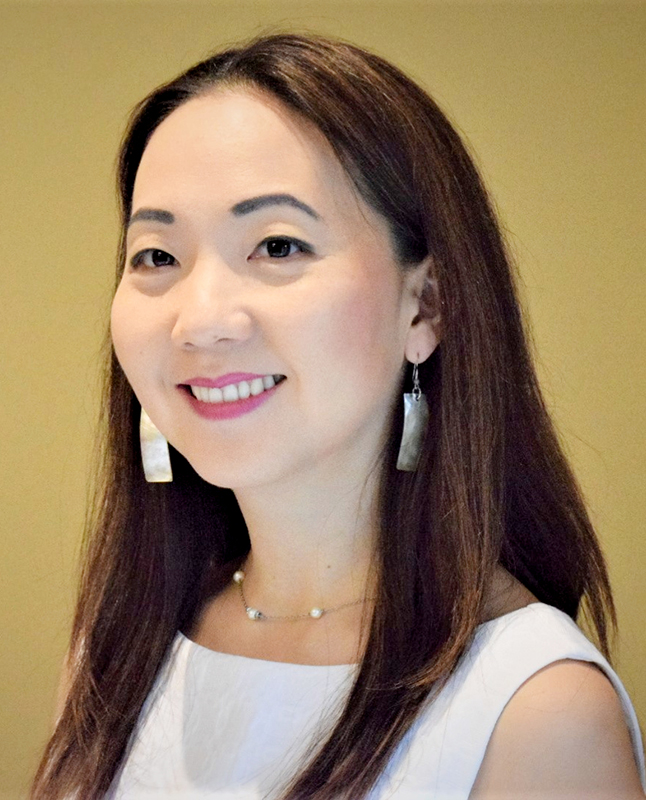 “I think it’s really important to tell these stories and translate historical knowledge into creative and accessible formats,” says Han, who recently launched the first phase of the two-year research project.

“I think it’s really important to tell these stories and translate historical knowledge into creative and accessible formats.”

Han’s exploration of municipal Canadian history is a notable diversion from her previous research. To date, her work has focused on the cultural and intellectual histories of East Asia, encompassing art, the translation of classical Chinese literature and the study of Confucianism, an ancient Chinese belief system.

“In university, I wanted to be a filmmaker and studied film and fine arts,” recalls Han. “Then in the third year of my undergraduate degree it dawned on me that I knew so much about postmodernism but I didn’t really know anything about my own Korean heritage. I became more interested in history and decided to do my master’s in East Asian Studies.”

Since 2003, Han has served as the curator of the Korean collection at the Royal Ontario Museum in Toronto, a role she continues to enjoy and balances with her work at Laurier.

The inspiration for Han’s deep-mapping project originated in 2019, when she asked students in her public history course to study the family histories of immigrants to the City of Brantford. Rather than complete a final paper, students shared their research through a website, a podcast series and live performances. Those media were woven together into an exhibition titled Brantford: Our Immigrant Stories, which was displayed for two weeks in April 2019 on Laurier’s Brantford campus and for three months at the Brant Museum and Archives.

“The response from the community was really great and the students felt proud that as a class their hard work had produced something tangible,” says Han. “It turned out to be a wonderful communal experience.” 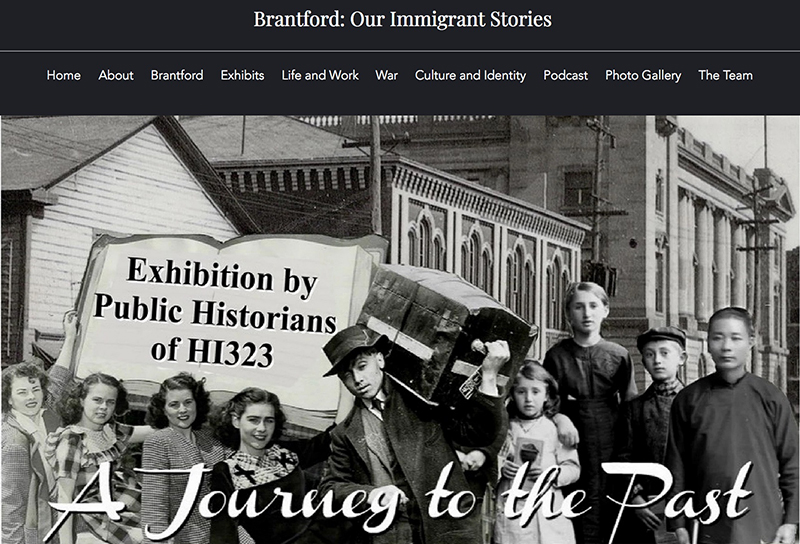 An immigrant herself, Han was fascinated by the local stories her students uncovered. 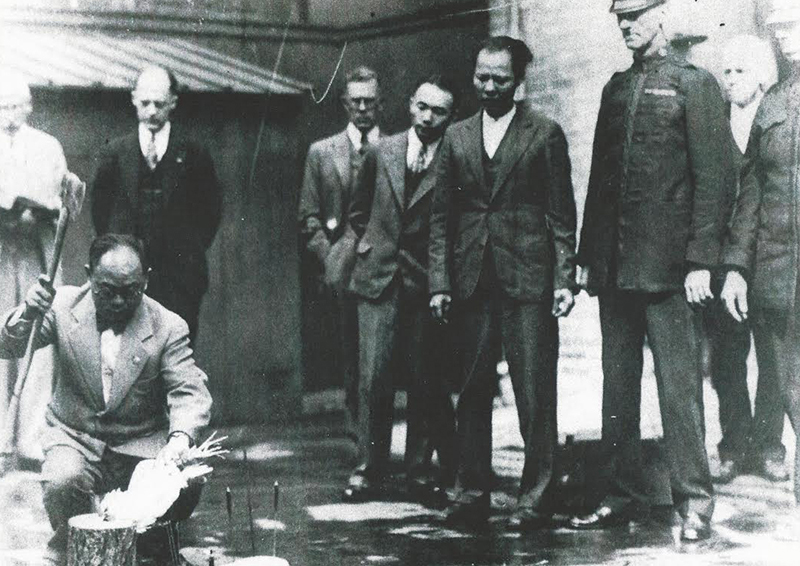 One of the historic stories Associate Professor Christina Han's students uncovered was that of a Chinese man charged with murder. During his trial, the man was permitted to swear an oath by slaughtering a chicken and splattering the blood rather than swearing on a Christian Bible. (Photo courtesy of the Brant Historical Society)

There were bizarre stories, including a Chinese man who was charged with murder and during his trial was permitted to swear an oath by slaughtering a chicken and splattering the blood rather than swearing on a Christian Bible. There were also disturbing stories, including some members of Brantford’s Italian community being rounded up during the Second World War and sent to a government-sponsored internment camp in Petawawa, Ont. for suspected ties to fascism.

For the most part, however, the stories were about new Canadians with modest dreams who found work in Brantford’s factories and tried to build a home for their families.

“The common storyline that we see in the histories of immigrant communities is resilience,” says Han. “They tried very hard to become part of Canadian society.”

“We put together a series of interactive maps that showed the growth of the Jewish community from 1911 to 1962,” says Han. “It mapped out where they lived in the city and where their businesses were located.”

Though Brantford’s Jewish community largely dispersed following an economic downturn during the 1980s, at one time more than half of downtown Brantford merchants were Jewish and there was an active local synagogue.

“Our event became almost like a Jewish reunion,” says Han. “Jewish families that had moved away from Brantford came back and many current residents came and shared memories of their Jewish neighbours. I think it meant a lot to the community.”

The enthusiastic community response motivated Han to create a deep map of Brantford’s Italian, Chinese and Armenian communities. She is keen to collaborate across disciplines with colleagues in Laurier’s User Experience Design and Game Design and Development programs.

“As a curator, I have always worked with a wide range of professionals, who all bring their expertise to the table,” says Han.

“By telling the stories of Brantford’s history, I hope to rekindle people’s imagination of what the city’s downtown area can be. Especially with Laurier in town as a committed community partner.”

“I think history has so much to offer, including as inspiration for content development in the online gaming industry. A lot of our history students are gamers and they tell me that they became interested in history through games.”

“By telling the stories of Brantford’s history, I hope to rekindle people’s imagination of what the city’s downtown area can be,” says Han. “Especially with Laurier in town as a committed community partner.”