Molly Harris Campbell has spent her career dressing some of television and theatre’s biggest stars. But if it weren’t for sketches she drew as a student, her career as a costume designer may have never happened

When she arrived on a tiny university campus in Waterloo in the mid-1960s she planned on being a teacher. But almost by accident, she was thrust into a career as one of the entertainment industry’s leading costume designers, a career that has brought a wealth of success and lifetime of memories.

A longtime resident of Los Angeles, Harris Campbell has designed costumes for well-known films and TV-series such as The Matrix, Beverly Hills 90210, X-Files, E.R., and Weeds. She has also been regarded as a leading costumer on Broadway and at the Stratford Festival.

Nominated six times for an Emmy, Harris Campbell won the coveted television award in 1992 for Outstanding Individual Achievement in Costuming for a Miniseries or Special for her work on The Babe Ruth Story.

At 70, she has had a long and enviable career that has spanned one of the most transformative periods of style, technology and growth in television, theatre and film. Her career may have taken her to glamorous heights, but Harris Campbell’s journey began quite simply at Laurier — known at the time as Waterloo Lutheran University — in 1965 at the age of 19.

" It was a strange thing that happened in the universe, that there was this group of us"

During her teenage years, Harris Campbell moved to Kitchener-Waterloo with her family from Toronto and enrolled at WLU to study English. During a summer job working the university’s switchboard, a serendipitous series of events led her into a career she never quite imagined for herself.

While working the switchboard, she would sketch designs and outfits to fill the hours. One can only imagine how sleepy the campus might have been during the summer of ‘65, a time when only 2,400 students attended the university during the school year. One day, the university’s director of publications, George Thompson, noticed Harris Campbell’s sketches and asked if she could design costumes for a play he was directing.

The play never came to fruition, but Harris Campbell began drawing and making costumes for plays through WLU and the KW Little Theatre. Her talent was quick to garner attention — she was soon featured in the Kitchener-Waterloo Record under the headline, “Molly’s Costumes Brighten Stages.”

Friends of her family, Alfred and Dama Bell, saw the article and happened to be part of the theatre community in Stratford. Harris Campbell soon got a call to work in the wardrobe at the Stratford Festival — she was hooked. 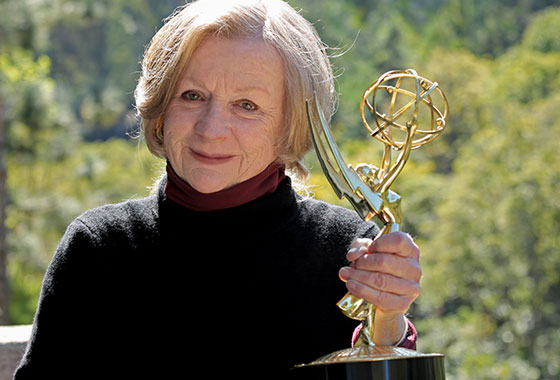 “When I started at Stratford we made everything including the shoes,” says Harris Campbell over the phone from her home in L.A. “I learned how to make hats and gloves. If I didn’t know how to make it I’d find someone who could.”

Throughout her university years, Harris Campbell continued to work in Stratford while working on plays at school with a small group of fellow students who were also passionate theatre fanatics, including Terry Judd, Brian Rintoul, John Evans and Alex Proctor, all of whom went on to have careers in theatre. The troupe was featured in Campus Magazine in 1987.

“It was a strange thing that happened in the universe, that there was this group of us,” says Harris Campbell.

After graduation, Harris Campbell continued working in Stratford before heading out west to work at Theatre Calgary and Theatre Winnipeg. In June of 1969, the 23-year-old Harris Campbell was named one of “Eight Women at the Top in Theatre” in Chatelaine Magazine. Harris Campbell began spending her winters in New York and summers in Stratford with her then-husband Ken, an actor, and son Jake.

Eventually, the family settled in Los Angeles while Ken worked for John Houseman’s The Acting Company at Royce Hall at the University of California. It was during this time Harris Campbell was hired at NBC.

“It was so different in Los Angeles back then,” she recalls. “It was such a small community. There were just three television channels, including NBC, CBS and ABC, and only a few hundred union members at that time. Now there are thousands.” 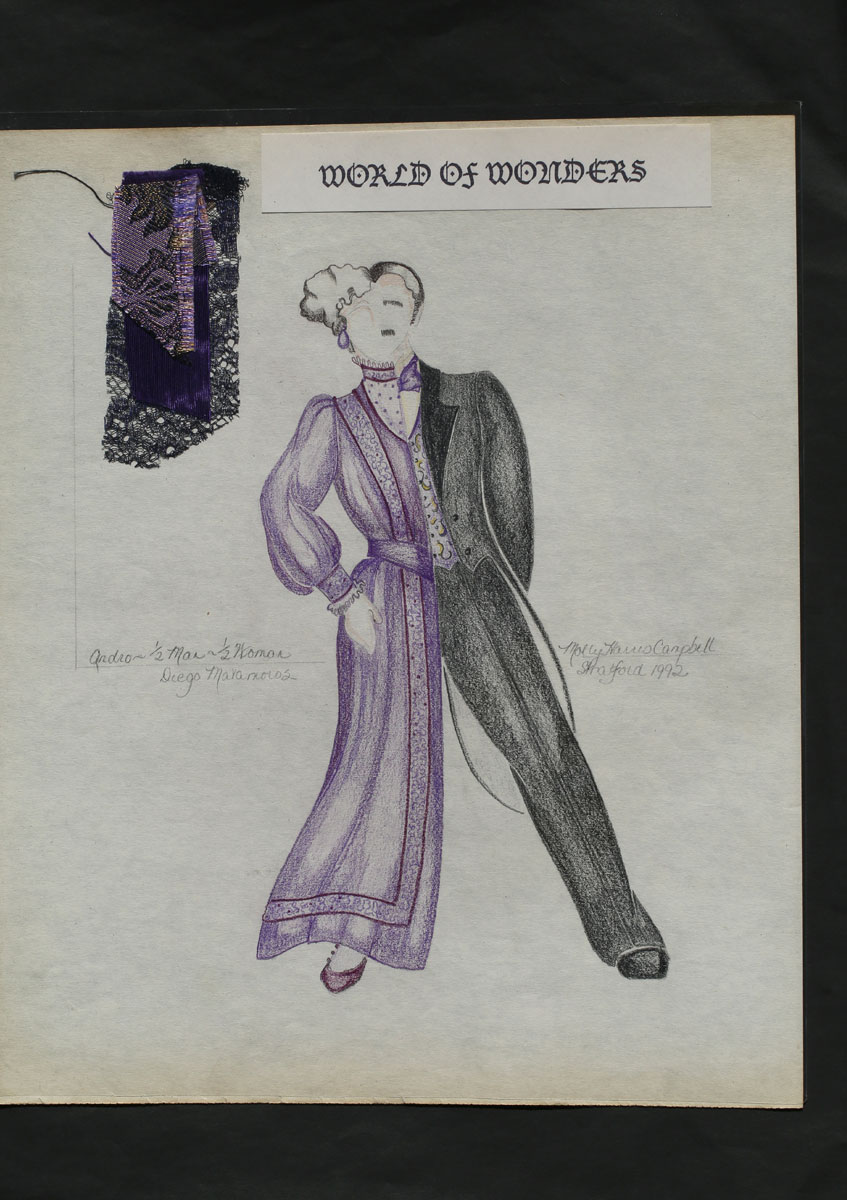 She began working as a set costumer and taking continuity notes because, as Harris Campbell explains, “You don’t know it’s a new day in television until they change their clothes.” She soon became a costume designer on several high-profile TV shows and films.

Her days, often 14 hours long, would be filled with production meetings, fittings and running out to Macy’s or a costume house to find the right pieces for the next day.

“I lived at Macy’s for a long time. Often the casting for the next day didn’t come until the day before, so you were always tearing around in the evening. There are costume-rental houses that are mainly just sequins and feather boas, others have only uniforms, and then there’s one that specializes in sports uniforms — and that’s just a tiny sampling.”

Harris Campbell was responsible for breaking down the scripts into day, night, time, place and weather. If there was a stunt or weather involved, that meant she would have to buy several versions of an outfit, often in larger sizes to account for a stunt person’s padding.

In Hollywood, many department stores are set up to suit the needs of costume designers. The stores maintain special offices known as Studio Service, where a costume designer can go to pick up all the things they need and note it on a loan sheet. Once fittings are complete, the designer brings back what they don’t need and then purchases the items they keep at full retail value. The challenge, though, is remembering everything the designer needed to pick up.

If Harris Campbell couldn’t find what she needed, she would have to make it. 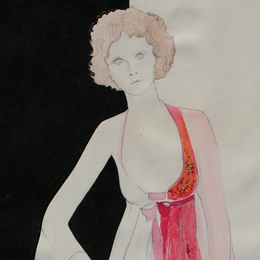 “The television screen is like a painting, so it’s a good idea if you don’t have everyone dress in blue,” she explains. “I have a theory: I pick one warm colour, one cool colour and two neutral colours because rarely are there more than four people on screen. It’s very important to colour the scene in your mind as you go, and you always have to remember who’s in what scene and what they’re wearing. You just carry around this bag of minutia in your head — it’s a very strange thing.”

Another challenge is that every television show or film has to adhere to the style of the time and place in which it is set. For “suit shows” — programs such as X-Files, where Harris Campbell had to adhere to strict CIA rules — there is little room for artistic interpretation. “If I created something the producers didn’t like, I’d have to change it. Artists don’t have to change their art, designers do,” she muses.

One of Harris Campbell’s proudest achievements is the work she did for the 1990s hit drama Beverly Hills 90210 She served as the costume designer from 1993-98 and was constantly pushing fashion boundaries to stay ahead of the times.

“I used to be able to beat Seventeen Magazine’s fashion trends on 90210. We used to be that fashion forward. The girls on 90210 had a lot of opinions — they weren’t even 20 and had this insane amount of money. They all wanted to get in and see the new clothes from Fred Segal first. Jenny Garth learned how to get the red dress — if there’s a red dress on camera you can’t see anything else.”

Beverly Hills 90210 posed many challenges for Harris Campbell, but she credits her minor in psychology from Waterloo Lutheran with helping her make the actresses and actors feel comfortable in the outfits she designed.

“My best efforts are when the actor is happy,” she says. “I did a minor in psychology, and it was very useful because you have to talk them into it. People’s self-image is involved — you have to be careful.”

Inspired by the past, an inspiration for the future

When it comes to what inspires her choice in projects, Harris Campbell tends to seek out period work. “I always find myself looking for period clothes — I love the research and studying up on the era,” she says. “After a certain point there were no photographs, just representations, so it’s more interesting to do that work than buying off the rack.”

After 40 years, primarily spent as a costume designer, Harris Campbell is heading into retirement full steam ahead. She recently purchased a home in Stratford, right across from the Festival Theatre, and hopes she can give back to the community after such a long and fulfilling career.

“Never in a million years did I think my life would work out this way,” she says. “I find myself in the most unexpected spot. I’ve had a wonderful time — now it’s all about giving back.”

A small sample of Molly Harris Campbell’s costume design illustrations, including work for 90210 and The X-Files 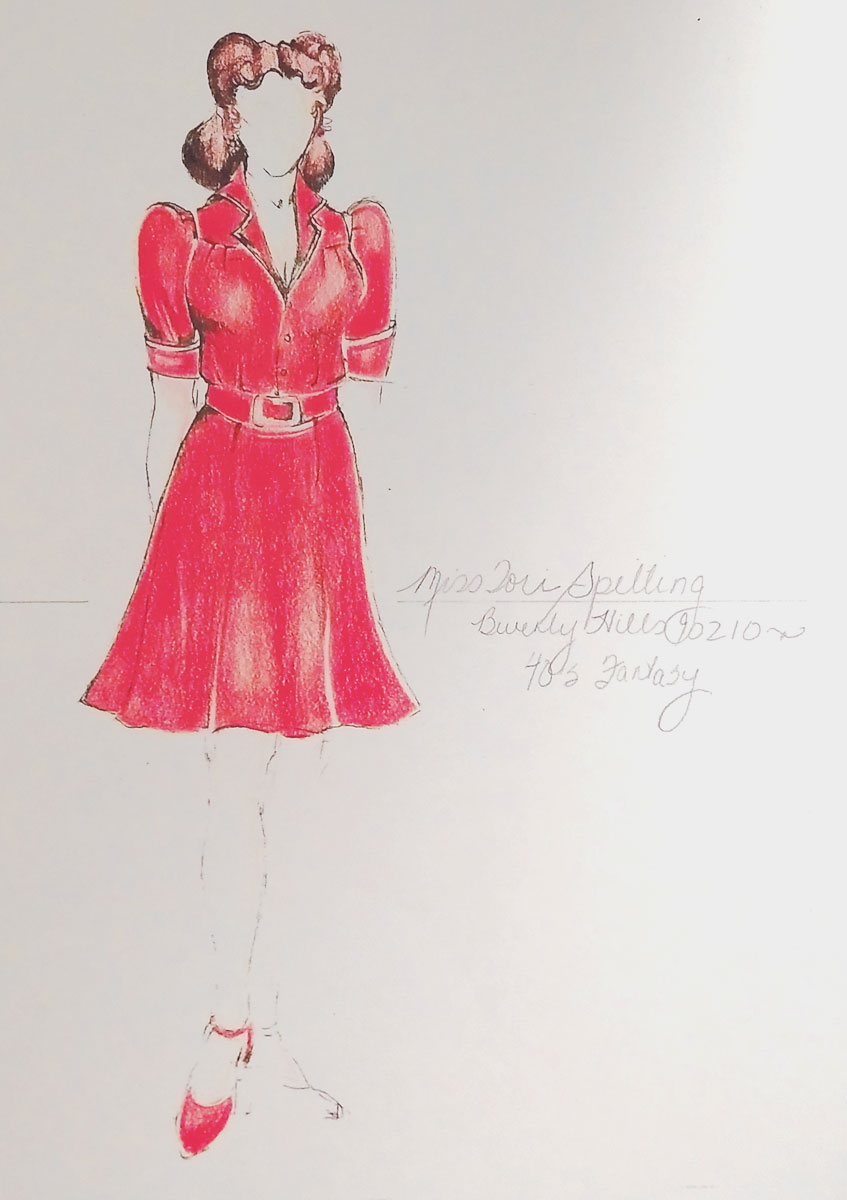 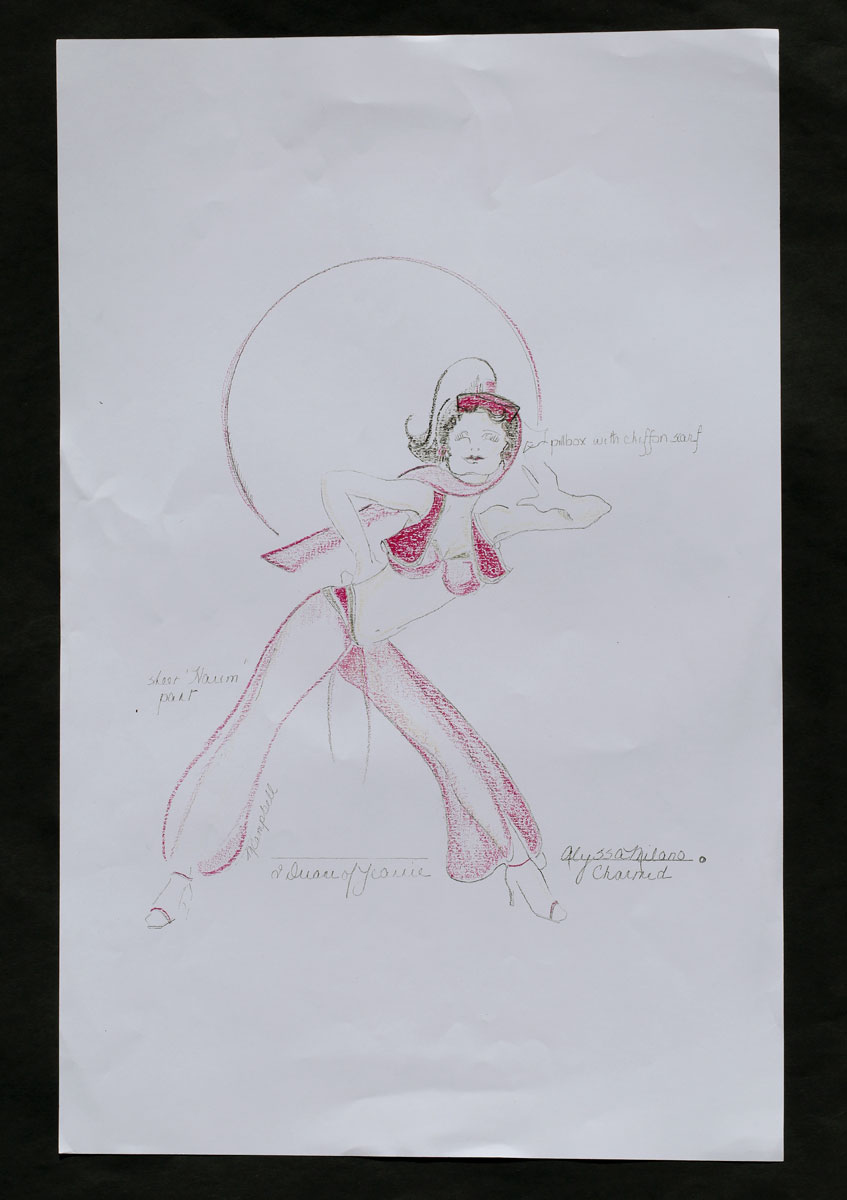 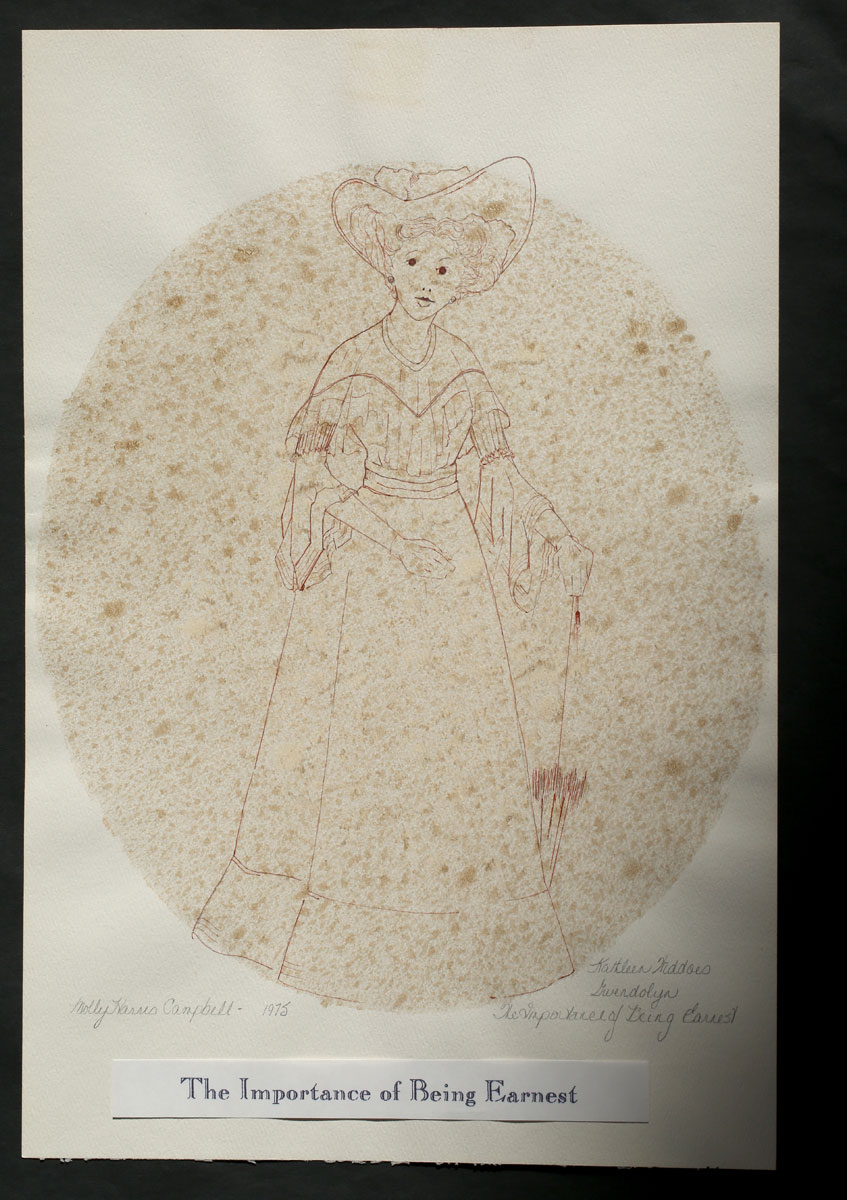 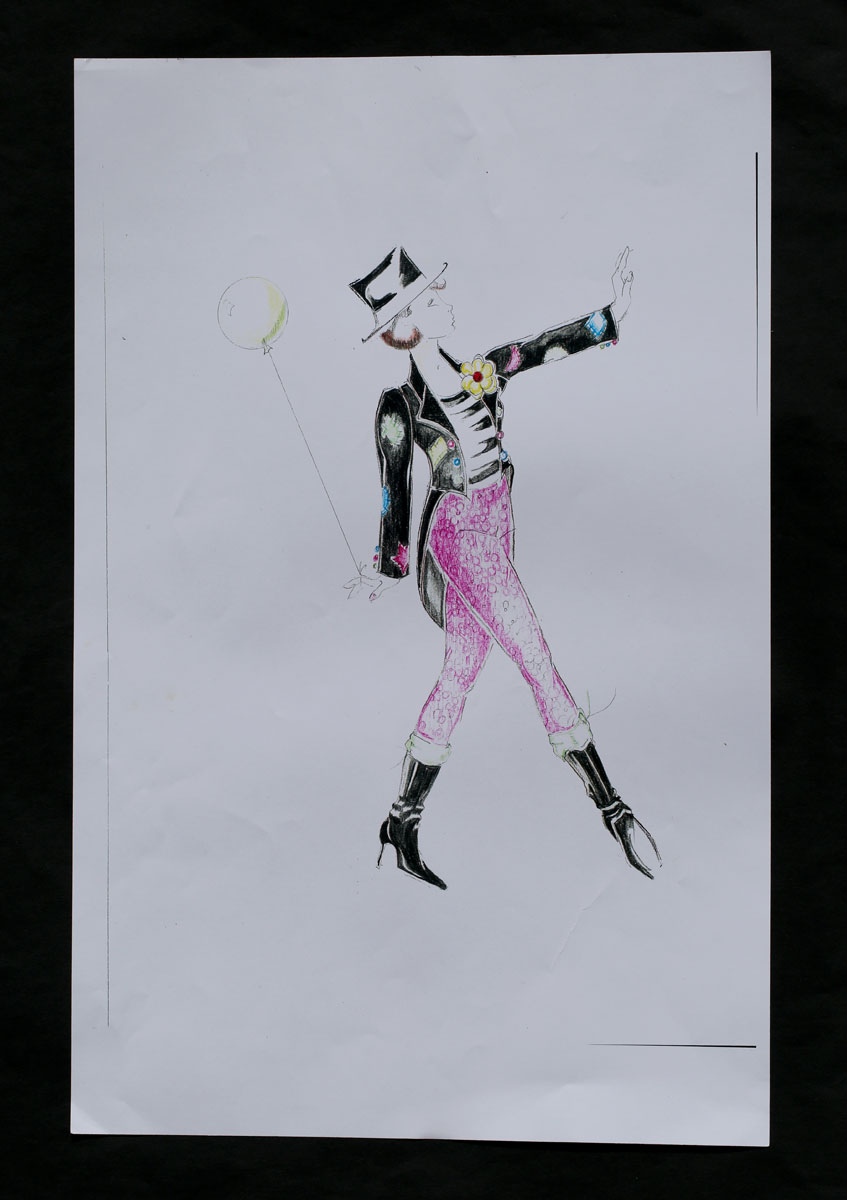 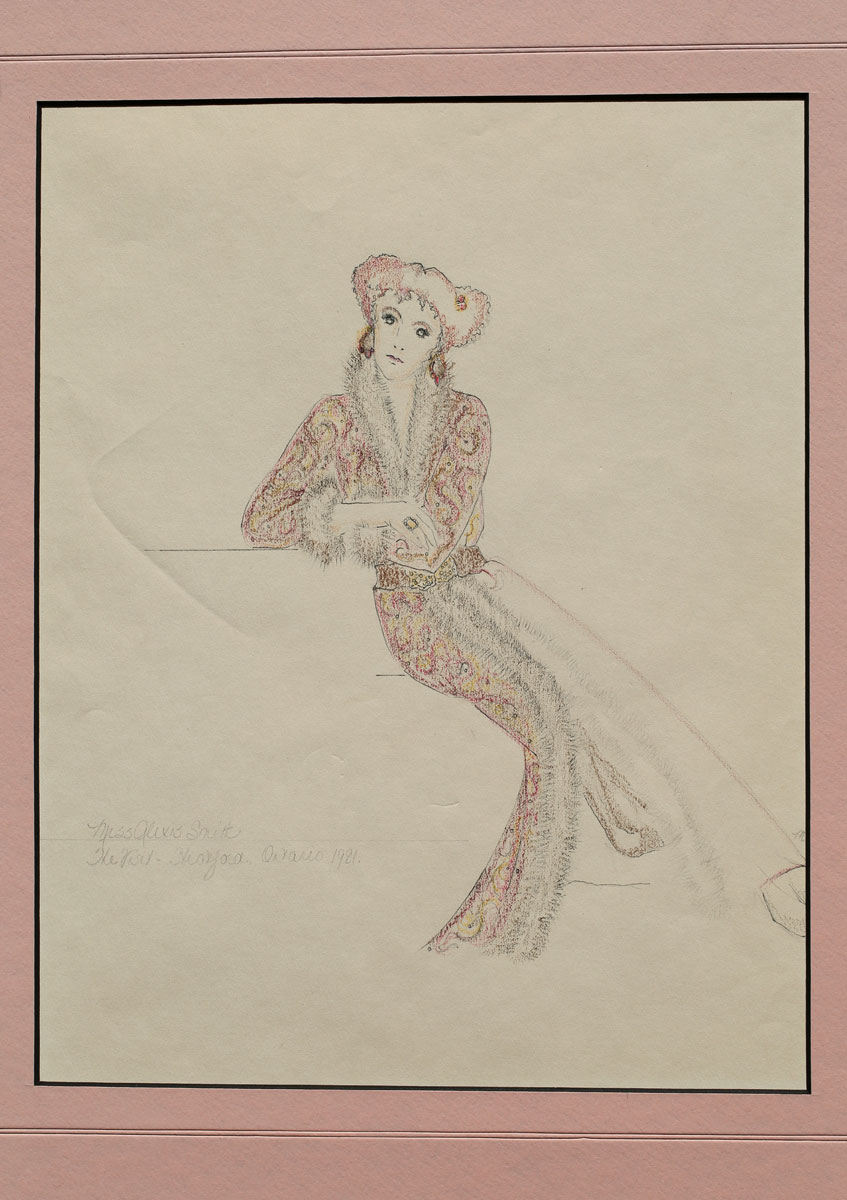 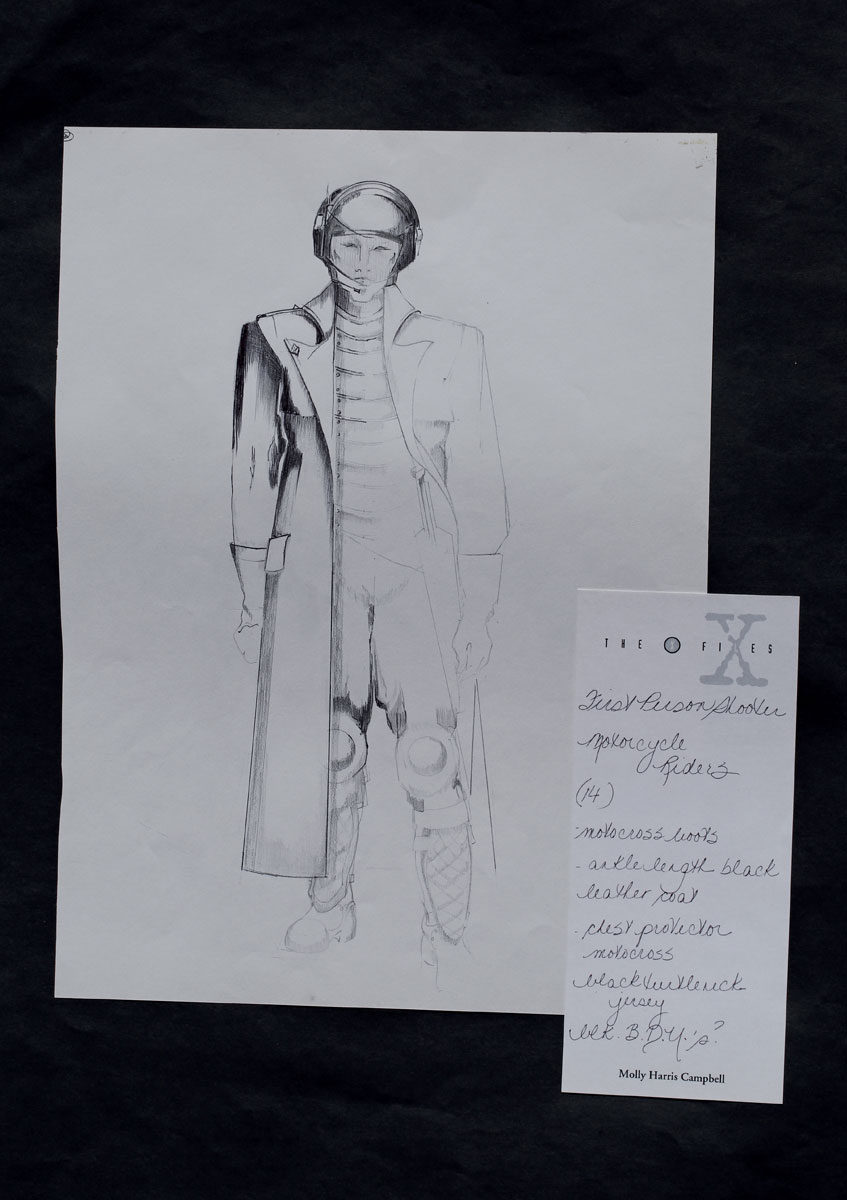 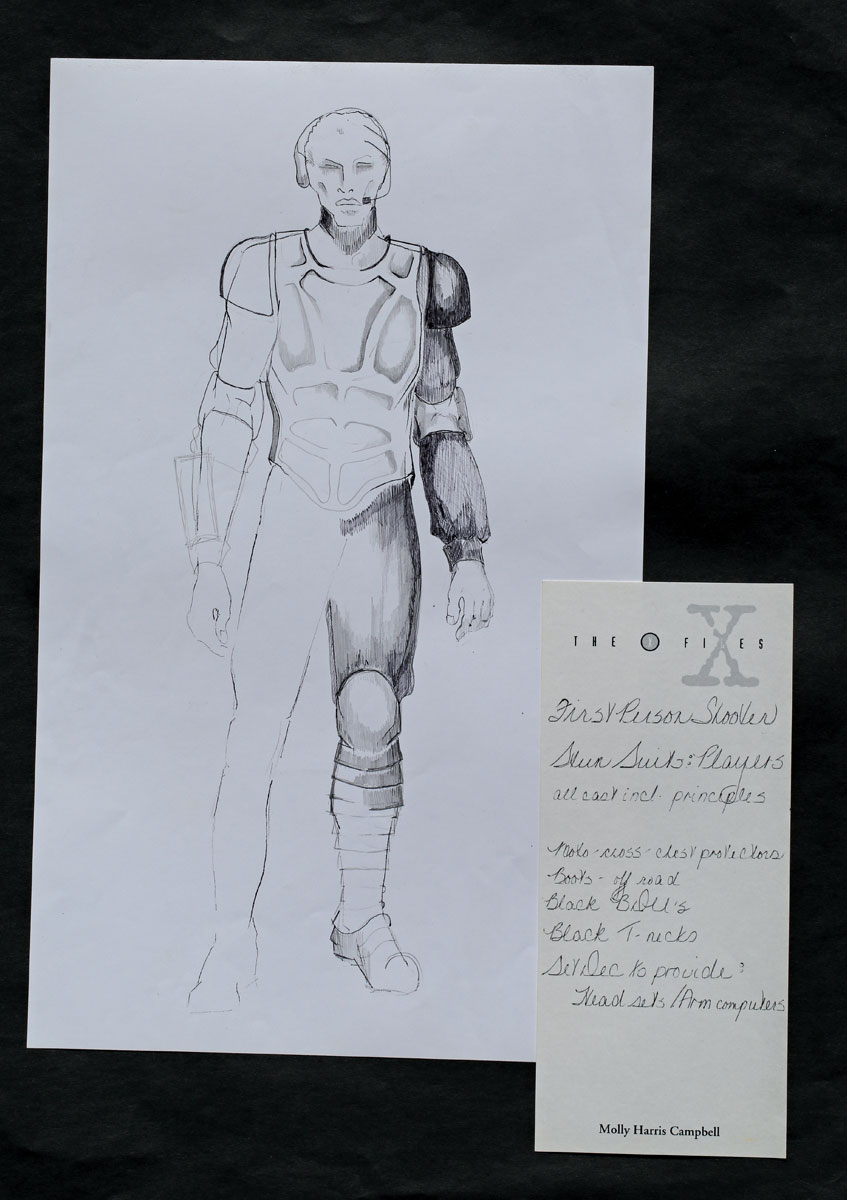 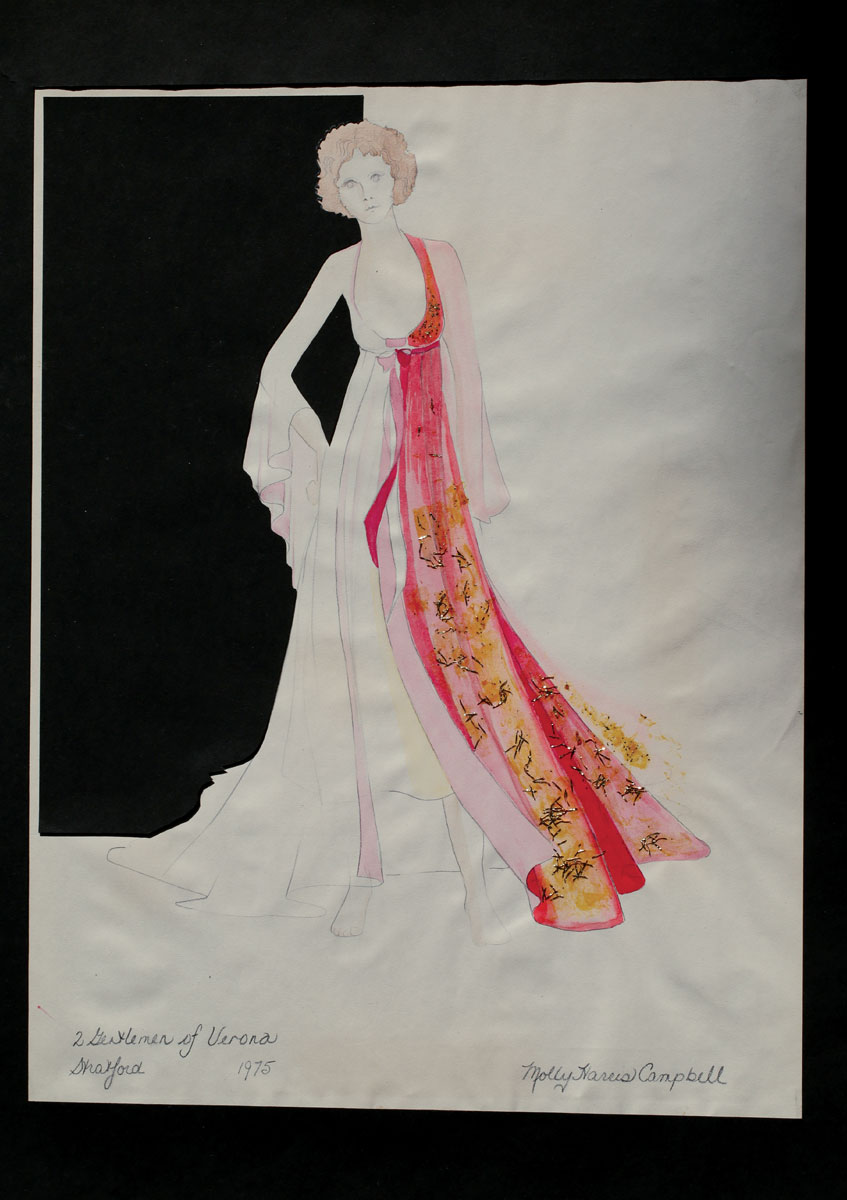