When five-year-old Mohamad Affan walked into his new classroom, his eyes went wide.

There were pictures on the walls, toys in the corner and books on the shelves. He looked around quietly, absorbing everything he saw. The teacher talked for a while to his mother, Fatima, and father, Issa, while Mohamad played with the toys, and then she resumed touring them through the school.

But Mohamad didn’t want to leave. He’d looked forward to school every day in the refugee camp in Lebanon, asking his mother when he could go. Every day Fatima’s answer was the same: “When we get to Canada, you can go to school.” Now, he was finally at school, and it was better than he imagined. Contrasted with his experience as a Syrian refugee in Lebanon, it was hard to believe that every room in the school had toys and books and pictures.

Mohamad, along with Fatima, Issa, and his younger brother Zaid are one of three families who immigrated to Canada with the help of Laurier. They had spent nearly four years as refugees in a camp in Lebanon after fleeing their home in Syria. Since 2011, 40 per cent of Syria’s population has been uprooted. As violence has spread across the country, more than nine million people — half of them children — have been forcibly displaced or fled, trying to escape the conflict.

For Mohamad’s father, Issa, leaving his home in Syria meant also leaving behind the business that he had built. As a grocery wholesaler, Issa provided stock to stores across Damascus, Syria’s capital city. The family had a home with a garden where Fatima grew flowers and vegetables and a yard where the boys played. Family lived nearby. But then the war started. Issa’s store was destroyed in an air raid.

The family left Syria, and fled to Lebanon. In the camp, the UN provided tents for the refugees to live in, but Issa wanted something better for his family. He rented a garage so that the family could be together with walls around them. They applied to emigrate.

﻿As the Syrian refugee crisis captured international attention, many across Laurier’s campuses felt that as individuals they had to act.

As an institution of higher learning, and one whose mission statement calls people “to engage and challenge the world in all its complexity,” the cause of the Syrian people resonated deeply within Laurier.

“I believe that universities have an obligation to engage with the world around them,” said Max Blouw, Laurier president and vice-chancellor. “The Syrian refugee crisis provides the global community with urgent need for meaningful action.”

For Laurier, action came in the form of sponsorship — helping three families to emigrate from Syria to Canada. Two families — including the Affans — settled in Kitchener with the third to arrive in Brantford.

The university worked with the Mennonite Central Committee (MCC) to coordinate the sponsorship and resettlement. Sponsorship entailed extensive fundraising—more than $85,000 in donations from faculty, staff, students, retirees, alumni and community members — as well as practical emotional and psychological support.

More than 70 volunteers from Laurier’s campuses in both Brantford and Waterloo worked to coordinate housing, furniture, household items, language classes, enrolment in school, health care, transportation, job-search support — everything the families need. Staff and faculty members who speak Arabic were critical in helping the families successfully transition to life in Canada.

While the Affans admit that at first the arrival in Canada was overwhelming, they soon began to feel comfortable in their new country.

Fatima and Issa now attend ESL classes every day, and faithfully complete their homework and practice their English. They’ve learned the bus system and move around the city independently. And of course, Mohamad goes to school.

“Building a long-term community of support is important as the families transition to life in Canada,” said Rob Donelson, vice-president of Development and Alumni Relations, who is chairing the university’s response. “Supporting Syrian refugees is a major personal as well as financial commitment on the part of our alumni, faculty, staff and students at Laurier, and it is deeply gratifying to see how quickly and generously the Laurier community has come together to provide support. As an expression of caring and engagement, it is truly Laurier at its best.”

Issa and Fatima are full of hope for themselves and their families. They focus on learning English, with Issa’s goal being to find a job at the end of the year.

Long term, they would like to buy a car and eventually their own house again. Most importantly, they are grateful to be able to raise their children in a safe environment. 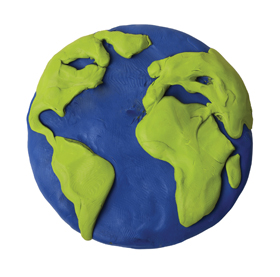 "Building a long-term community of support is important as the families transition to life in Canada."

Fatima talks of Mohamad and Zaid continuing in school and going on to university if they choose.

And when you ask Mohamad what he wants now? He’ll tell you he wants to be a doctor.