In the spirit of partnership

The establishment of Laurier’s Brantford campus in 1999 offered the university an opportunity to grow a partnership with its closest neighbouring Indigenous community.

It was an opportunity Laurier didn't let go to waste. 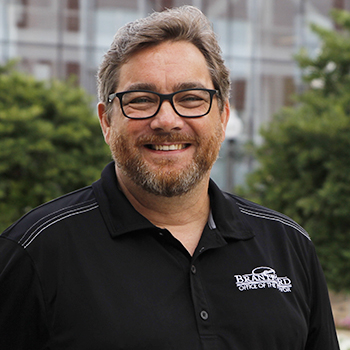 During the past two decades, Laurier's partnership with Six Nations of the Grand River, located about 20 kilometres from the university's Brantford campus, has grown to become one of the most unique partnerships shared between a university and Indigenous community in Canada. The relationship has borne fruit in the form of institutional initiatives, community building and friendships that have helped create greater understanding between Indigenous and non-Indigenous communities.

Longtime Brantford mayor Chris Friel, who helped cut the ribbon to open Laurier's Brantford campus 19 years ago, says he has seen a shift toward a more positive relationship between the Six Nations and Brantford communities during the past two decades. Friel says Laurier has played a significant role in changing attitudes.

"Laurier provides a venue for all of us that is outside of our normal political structure," Friel says. "That allows us to communicate, which has benefitted everybody. And I think having the opportunity to have the student population – and in particular the Indigenous student population – in the city has made a big impact."

Six Nations elected council Chief Ava Hill has played an active role in ensuring her community's relationship with Laurier remains strong. Part of Hill's efforts include serving as a member of the senior executive advisory committee for Laurier’s Brantford campus. She says the fact that the campus is located so close to Six Nations has made a difference, especially because Laurier offers Six Nations residents the opportunity to pursue post-secondary studies close to home.

"Laurier has also become involved in activities in our community, which we sincerely appreciate," Hill says. "It’s a demonstration of the university's effort to learn more about our history and our culture."

"From the beginning, the Brantford campus attracted a significant number of students from from Six Nations and New Credit," Groarke says. 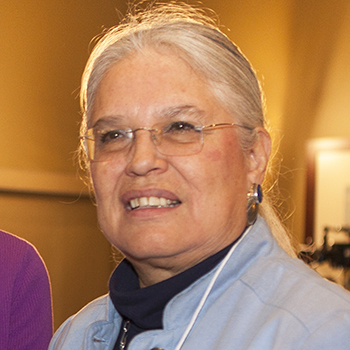 "Laurier has become involved in activities in our community, which we sincerely appreciate."

"That was the root of us wanting to have an Indigenous Studies program in Brantford and to reach out to those communities. At that time our principal emphasis was on curriculum. If you want to make something a key component of what you do, you have to make it a key component of teaching and research." 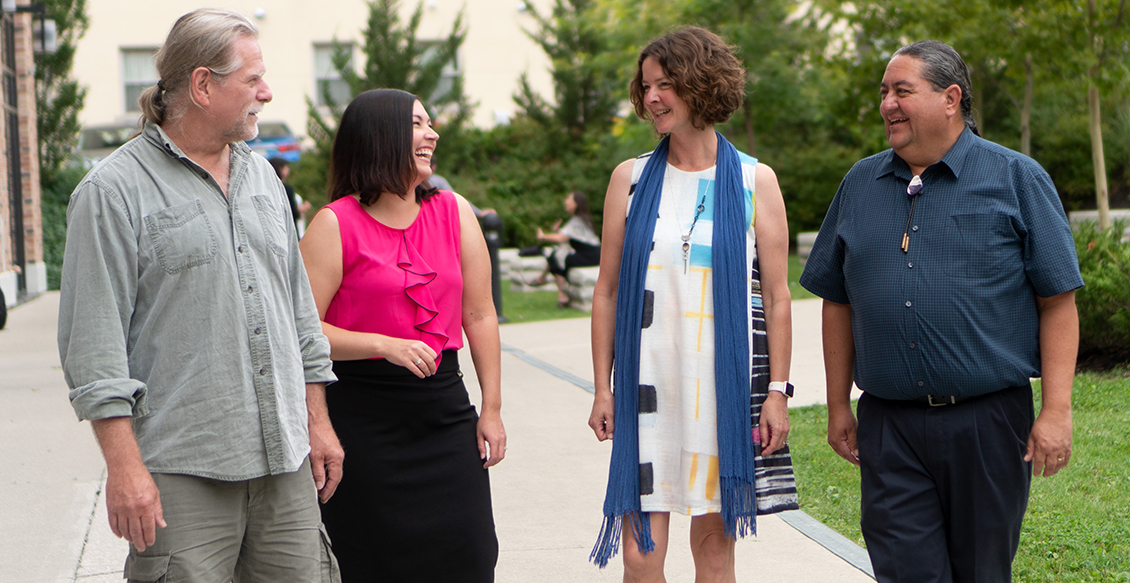 From that early agreement, the connections between Laurier and Six Nations have grown. The most recent visible result is the newly opened Laurier Brantford YMCA complex on Colborne Street in downtown Brantford. Excavation during early phases of the project produced nearly 400,000 artifacts, including Indigenous pottery shards from the years 500 to 1,000 CE. Following the discovery, Laurier worked closely with Six Nations officials to ensure artifacts were catalogued in an appropriate manner. Members of the Mississaugas of the New Credit First Nation, located southeast of Six Nations, were a part of the workforce that conducted the archaeological dig.

In addition to regular academic programs and educational workshops with an Indigenous focus, Laurier has undertaken unique initiatives designed for the wider community. Among them are summer and March break camps designed specifically for Indigenous students, including Tehotikahrathè:tha, or "Their Eyes Sparkle," a Mohawk language and cultural camp for kids aged 10 to 12 offered in partnership with Onkwawenna Kentyokhwa Kanyen’kehaka Aetewatati, a Six Nations-based Mohawk language immersion program.

The camp was first organized by Bonnie Whitlow, Indigenous student support coordinator at the Brantford campus and a member of the Six Nations community. Whitlow says that prior to the camps, no Indigenous language was being taught in Brantford.

"The camp addressed a need that was constantly expressed through my work in Brantford," Whitlow says. "Indigenous youth spoke to me about losing their language and their desire to learn, but having no access or programs to do so.

"For me, it was about taking these youth and showing them that it is possible to learn their language. And I was really accomplishing two tasks: I was giving Indigenous youth the chance to be on a university campus and see themselves attending university and also putting them in a space where they could share and learn their language."

A mural located at Dajoh, a youth and elders centre in the Six Nations village of Ohsweken, that was painted as part of a Laurier-inspired project.

Another recent collaboration between Laurier and Six Nations resulted in two large-scale murals honouring the Haudenosaunee people being painted in Six Nations and Brantford during 2016. One of the murals is located at Dajoh, a youth and elders centre in the Six Nations village of Ohsweken, and the other on a wall near the Market Square building in downtown Brantford.

The murals were created with the help of Chile’s famed Alapinta artists, who sought out ideas and assistance from community members in Brantford and Six Nations during the process of envisioning and creating the works. Whitlow – who spearheaded the project along with Laurier faculty members Vanessa Oliver and Kari Brozowski and former faculty member Kim Anderson – says the mural project was designed to promote a sharing of cultures, with youth from Brantford travelling to Six Nations and youth from Six Nations travelling to Brantford as part of the project.

"The mural project was a chance to put out a positive message, to create a foundation of friendship," Whitlow says. "We invited the students to Six Nations, we danced with them and held workshops in an effort to break down barriers and stereotypes and have a good time together."

Helping Save the Evidence

During recent years, members of the Laurier community have assisted the Woodland Cultural Centre's Save the Evidence Campaign, which was launched to raise funds to repair and renovate the former Mohawk Institute Residential School building on Mohawk Street in Brantford. The campaign is designed to ensure physical evidence of Canada's dark residential school history will be preserved and to educate people through a future residential schools museum. Since fall 2017, Laurier has stored the contents of the Woodland Cultural Centre's library and language departments – located on the same Mohawk Street property as the former residential school – while the centre undergoes renovations.

"It's exciting to think about what the next 20 years will bring with Six Nations and Laurier working together as partners."

In addition to these efforts, Laurier's Brantford campus has ties with the Brantford-based Friends and Neighbours Group, a grassroots organization whose members are working toward the goal of reconciliation between Indigenous and non-Indigenous communities. The group holds its meetings at Laurier's Research and Academic Centre on Dalhousie Street.

Laurier's Brantford campus also hosts speakers from Six Nations and other Indigenous communities throughout the year. In 2016, the campus hosted an evening with Senator Murray Sinclair, chair of Canada's Truth and Reconciliation Commission, as part of an awareness-raising event attended by more than 500 people. The Brantford campus is also the site of Indigenous Peoples' Day events hosted in partnership with Six Nations. Last year, it hosted Walking With Our Sister's, a travelling art installation honouring missing and murdered Indigenous women.

CBC journalist Duncan McCue (left) speaks with Murray Sinclair, chair of Canada's Truth and Reconciliation Commission, during an event at Laurier's Brantford campus. Watch a video from the event.

Looking to the future

As with all relationships, strengthening a bond requires constant nurturing. Heidi Northwood, interim senior executive officer of the Brantford campus, says Laurier will continue to build its relationship with Six Nations, one of the university's most important local partners.

"We have done a lot of good work together during the past 20 years and that will continue," Northwood says. "Moving forward we aim to do more. It's exciting to think about what the next 20 years will bring with Six Nations and Laurier working together as partners."

Chief Hill, too, says she is optimistic when considering what Six Nations and Laurier can accomplish together.

"I look forward to further partnerships and learning experiences as we move forward in the spirit of education," Hill says.

Top photo: Bonnie Whitlow, Indigenous student support coordinator at Laurier's Brantford campus, stands in front of a mural in downtown Brantford honouring the Haudenosaunee people. The mural was created as part of a Laurier-inspired art project.