Photography by Harry How, Getty Images

The daughter of Korean immigrants, Im fell in love with hockey while playing on the streets and rinks of Toronto with her brothers and other neighbourhood kids. As she sharpened her skills, she set her sights on a lofty goal – playing for Canada at the Olympics.

In February, the 25-year-old lived out her Olympic dream – though rather than the maple leaf, Im proudly sported the colours of her family’s ancestral home while skating with Team Korea at the 2018 Winter Games in Pyeongchang, South Korea.

“I felt very proud to be able to put on a Korean jersey, to come to this country and to play hockey, which is a sport I love and played in Canada,” Im said during a telephone interview from the Korean team’s practice facility near Seoul. 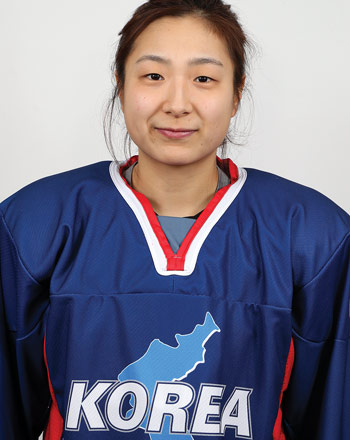 While studying kinesiology at Laurier, Im (BA ’15) helped the Golden Hawks win two Ontario University Athletics championships. The speedy forward also won a Provincial Women’s Hockey League title with the Toronto Aeros, but she was realistic about her long odds of making the national team in a country rich with talented hockey players.

“I just played hockey – I didn’t consider myself an Olympic-level athlete,” Im said. “This is not the traditional way that people reach the Olympics, and that’s why it’s so surreal.”

Road to the Games

Im’s road to Pyeongchang started when the Korea Ice Hockey Association noticed her success at Laurier and invited her to skate with the Korean national team in 2013.

“I had no idea what this would lead to at all,” Im said. “It was just an amazing opportunity for me to go to Korea for the first time.”

That first visit turned into several more summertime trips before Im moved to Korea to train for the Olympics. She joined a handful of foreign-born players recruited to bolster Korea’s fledgling national hockey teams in time for the Games. The government fast-tracked citizenship for “imports” like Im, whose Korean heritage made her eligible to play.

The Canadian brought valuable game experience to a young Korean squad that hadn’t had much of it.

“I’ve been privileged to play for such good teams and I learned a lot,” Im said of playoff stints with the Aeros and Golden Hawks. “Being in a game situation, it’s totally different than practices.”

Language can be a barrier in the dressing room, but Im said many of her teammates speak English and are good-naturedly tolerant of her “very poor” Korean.

“We make it work somehow,” she said with a laugh. “My teammates are really kind in that way and they make me feel welcome.”

Led by Canadian head coach Sarah Murray, the team practiced daily to prepare for the Olympics, tuning up with solid showings at the 2017 IIHF Ice Hockey Women's World Championship and the Asian Winter Games.

“This team has grown an incredible amount over the past five years,” Im said. “And our results have shown some improvement, which is encouraging.”

Im was circumspect when asked her opinion about fielding one unified Korean women’s hockey team made up of players from North and South Korea.

“I can see the symbolic importance of this happening,” she said. “But our goal stayed the same, which was to play our best as a team."

The Koreans were not expected to advance to the medal stage at the Olympics, but the significance of having players from North and South Korea skate together overshadowed the team’s 0-5 record. Spectators filled the stands to watch as the unified Team Korea improved with each game, ending its Olympic run with a 2-0 loss to Switzerland and a 4-1 loss to Japan. Im was one of the busier forwards on the team, logging significant ice time over the five games.

Pyeongchang is a long way from Waterloo, where Im excelled on the right wing with the Golden Hawks. She tallied 29 points in 98 regular-season games at Laurier, adding five playoff goals and one assist. The academic all-Canadian embraced the challenge of juggling sports and school.

“My time at Laurier helped me grow a lot – not only as a player, but as a person," Im said. "And hockey was a huge part of that experience. I was very grateful to have the privilege of being a student-athlete and play for Laurier.”

Im credited head coach Rick Osborne, who retired this year after 15 seasons behind the Golden Hawks bench, as a formative influence on her.

“He had coached a lot of OUA championship teams and I really trusted him and was thankful to be able to play for him,” Im said.

“She’s one of the nicest kids I’ve ever coached and one of the greatest teammates anybody could have,” Osborne said.

Osborne said Im started out as a high-flying scorer, but developed into a role player who could hold her own on defence and be counted on to step up with the game on the line.

“She adapted well and turned into a really nice role player for us,” he said, calling Im a “difference maker” who scored three game-winning goals in her final year with Laurier.

The coach said Im's ability to thrive under pressure surely helped her at the Olympics.

“She’s got a lot of skills and she works really hard,” Osborne said. “She was just a really great Golden Hawk student-athlete.”

Im said she will look back fondly on the Olympics not only for what happened on the ice, but also because she forged close bonds with her teammates and got to explore her ancestral homeland alongside family from Korea and Canada.

“It’s been really, really amazing to be able to connect to my roots in Korea,” Im said. “Hockey was a huge part of my childhood growing up in Canada. To come here and put on a Korean jersey is kind of connecting those things about myself – playing hockey and my Korean culture. That’s really cool.”

Im plans to play for Korea at the world championships in April before returning to Canada to complete her nursing degree at Ryerson University, where she has continued her university hockey career with the Rams. 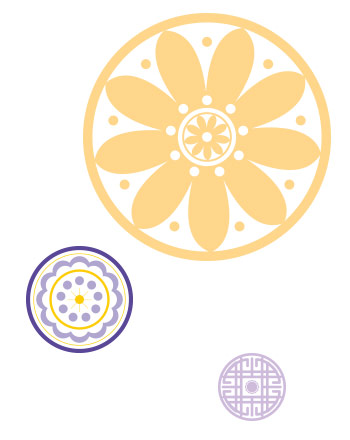 “It’s hard for me to think about after the Olympics, but I do still have three years of school waiting for me,” she said.

The unlikely Olympian will leave Korea grateful for the chance of a lifetime.

“I never thought that I’d get the opportunity to play in the Olympics, which is a dream,” Im said. “But this gift, this opportunity that came, I’m so thankful and blessed.”