Alumni community displays its pride as part of an unprecedented Homecoming

If Homecoming 2020 proved one thing, it’s that even a pandemic can’t change how great it is to be a Laurier Golden Hawk.

Wilfrid Laurier University alumni, students, staff, faculty and friends proved once and for all that Laurier spirit isn’t confined to the university’s campuses, a stadium, or a court during virtual 2020 Homecoming celebrations, which took place from Sept. 24 to 27.

“Homecoming 2020 was a resounding success,” says Jason Coolman, vice-president of advancement and external relations at Laurier. 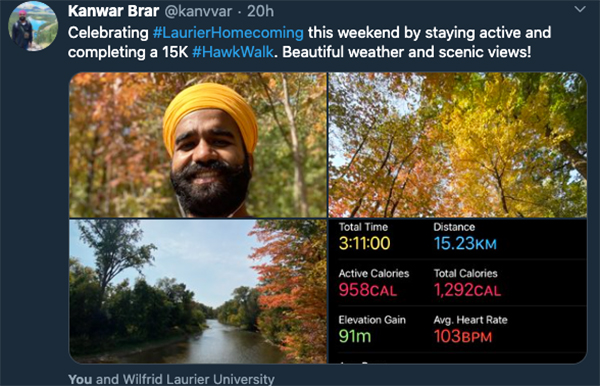 “The Laurier community made the most of this opportunity to come together to celebrate their shared Laurier pride. From New York to Newfoundland to those living around the corner from our campuses, hundreds of alumni, students and Laurier community members joined in virtually on the wide variety of innovative and fun events offered over the weekend.”

In place of Homecoming’s traditional in-person pancake breakfast, alumni joined in making pancakes from scratch in their own kitchens as they followed along with Laurier alumna and celebrity chef Mary Berg (BA ’11), host of CTV’s Mary’s Kitchen Crush. 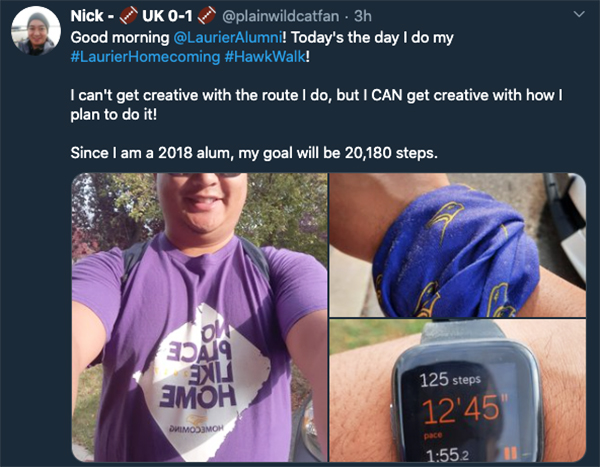 Although the traditional Homecoming football game and Hall of Fame induction ceremony could not take place in person, Athletics and Recreation hosted a series of virtual events throughout the weekend. 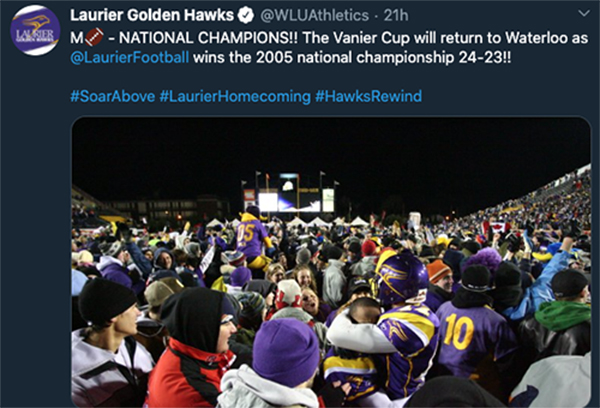 On Saturday, Athletics and Recreation aired a special “Hawks Rewind” on Facebook, which featured a rebroadcast of TSN’s coverage of the 2005 Vanier Cup, marking the 15-year anniversary of the Golden Hawks national football triumph. After the game, a second Ask Me Anything session featuring basketball head coaches Justin Serresse and Paul Falco was hosted on Zoom. The day finished with a Fortnite esports tournament that marked the official launch of esports at Laurier.