Shohini Ghose, professor of Physics and Computer Science at Laurier, is an accomplished quantum physicist and a long-time champion for women in the STEM fields. In 2012, she founded the Laurier Centre for Women in Science, an organization with a mission to build a strong community for women in science through research, communication and action.

Ghose was recently awarded the Ontario Chair for Women in Science and Engineering by the Natural Sciences and Engineering Research Council of Canada. In collaboration with fellow chairs in Atlantic Canada, Quebec, the Prairies, British Columbia and Yukon, Ghose will lead national and regional efforts to attract women into science and engineering.

Ghose is also a well-known public speaker, having presented public lectures including TED and TEDx talks on topics such as “A Beginner’s Guide to Quantum Computing” (viewed more than four million times) and “What if Einstein had been a woman?”

CBP: What inspired you to get into physics? 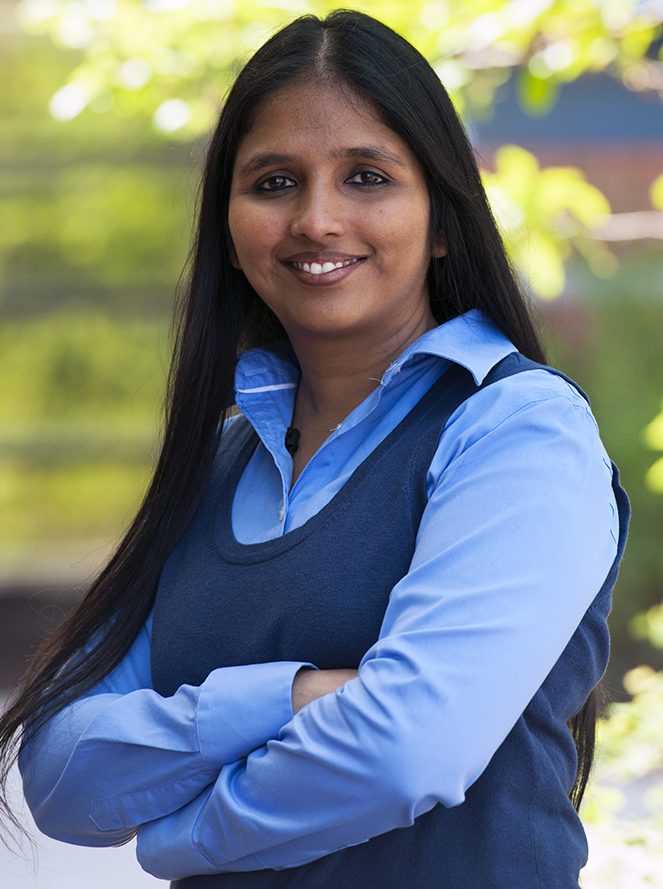 SG: I was a little kid in India in 1984 when the first Indian astronaut, Rakesh Sharma, went to space. That was a big inspiration. It felt like something only NASA was doing or people in sci-fi shows. So I felt like, ‘This is open to me as somebody from India.’ That led me to being more bold about exploring science. I loved all things related to math. I like mysteries and logic. Science, especially physics, is about trying to solve the ultimate mysteries of the universe – and you can make a career out of that.

When I was an undergraduate student in the U.S., I worked on a summer research project related to quantum physics. I didn’t really get the whole big picture of the project, but I got to dip my toes in and my advisor was super supportive. He said, 'Hey, if you like this stuff, why don’t you try graduate school?' And he suggested this one research group that was exploring this new thing called quantum computing. Quantum physics was being studied, but quantum physics for computing was not really a thing back then.

So, looking back, I just happened to be lucky enough to get in on the ground floor of quantum computing. And it’s rare to have an opportunity to see an entirely new field grow right in front of your eyes and be in on it from the start. It was a very exciting time. I felt like maybe this was close to the feeling of an astronaut who gets to explore things nobody else has ever seen.

CBP: What challenges did you experience getting to where you are today?

SG: The one thing that’s pretty common is that if you’re a woman student in physics, you’re usually the only woman in the room. For me, even if there were other women in the room, I would certainly almost always be the only non-white woman. 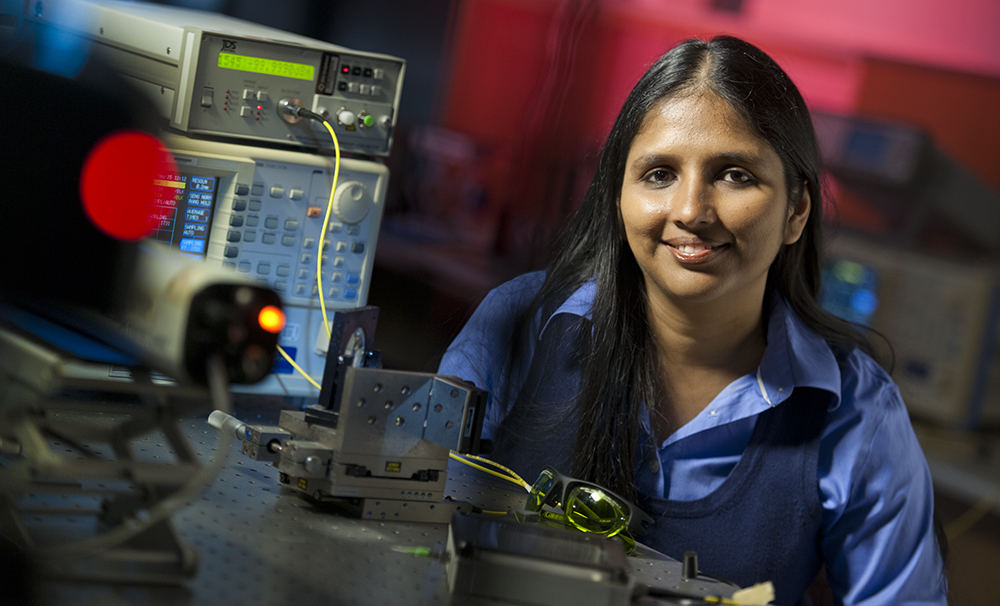 I was not the obvious choice for people to include in homework groups and I felt like it was my fault, maybe I was just stupid and people knew that. There was always that feeling of being an outsider. And I still see this play out with younger students who come in. Without some peer support, you blame yourself. It translates into perhaps not performing as well and maybe questioning your career choice. I certainly planned to quit many times.

On the one hand, I loved physics. The quantum stuff was super exciting to me but, on the other hand, I felt like an outsider every day. It was a bizarre combination of loving it and hurting myself. I was desperately trying to find reasons to stay. I’d think, ‘I love the physics so who cares about the other stuff?’ But I’d also experienced sexual harassment and threats. You shouldn’t have to walk through fire to have a career.

CBP: What do you think is keeping women from choosing careers in STEM fields?

In the Centre for Women in Science, we are trying to build actions that actually correctly address these issues rather than just saying, ‘Hey, let’s just have some mentors for girls and show them how cool science is and things will get better.’ If you think about it, that’s really a ‘fix the women’ approach. The mentor will tell you how you need to fit into the system without having to say, ‘Wait, maybe the system needs to be changed.’ So we’re starting conversations that don’t just include women but men, too. It needs to be about everybody building a better environment together. It’s important for everybody to see the benefit of these initiatives. Inclusion should not be a blame game. It’s not a zero-sum game.

CBP: What are you most excited about when it comes to the possibilities of quantum computing?

"It’s important for everybody to see the benefit of these initiatives. Inclusion should not be a blame game. It’s not a zero-sum game."

SG: What’s exciting about quantum is you can actually say words like ‘teleportation.’ I’ve worked on several publications in my career that have the word teleportation in the title, but what it means is a little different than Star Trek, you know, a person disappears in one place and appears somewhere else. What we mean is we’re teleporting information, a message, for instance, from one location to another and it’s actually not instant, it’s at the speed of light. The information disappears in one place and reappears in another place, but it doesn’t actually travel from one place to the other, it just disappears and then is reconstructed. So it’s pretty crazy, but it’s possible.

This opens up new possibilities for communication because that type of message sending could be more secure and versatile than what we have now and it could become part of a bigger quantum internet.

A quantum internet could have enhanced privacy that the normal internet doesn’t allow, no matter how good it is. If you wanted to break or hack a quantum encryption, you would have to break the laws of quantum physics. Quantum internet could be a fundamentally unhackable internet. So that’s pretty exciting, but also scary, too, if you think about it. We wouldn’t be able to keep track of criminals who are also using that unhackable internet.

For me, I was never in the game to build quantum technology. What excites me is, ‘What can we learn about the laws of physics by building and using a quantum computer?’ The computer is a means to another end: a deeper insight into the fundamental reality of the universe.

How do you try to explain what you do to laypeople, at a dinner party, for instance?

The only way to describe quantum precisely is by using mathematics. Everything else falls short in some way. If I use a metaphor, it would have to be some kind of everyday experience that we try to apply to understand quantum and quantum is fundamentally counter-intuitive to our everyday experience. So there is no good metaphor that captures quantum and that’s kind of the point. If there was a metaphor, it would mean quantum isn’t new and different.

When I try to think about analogies, I always try to show that huge difference. Rather than say ‘It’s kind of like this,’ I’ll say, ‘It’s not at all like that.’ In my TED Talk, I said our everyday computers are like a candle and quantum computers are like a light bulb. People understand that a light bulb is not just a better candle, just like a quantum computer is not just a better computer. If you lived in a time when there were only candles and then somebody came back from the future and showed you a light bulb, imagine how exciting that would be. We have found the light bulb in the land of candles.